Manchester United are lining up a summer swoop for Benfica attacker Joao Felix.

The 19-year-old wonderkid has impressed with the Portuguese giants this term, scoring nine times with five assists in 23 appearances.

Liverpool reportedly failed with a £61m bid for the teenager during the January, while the Red Devils are believed to have scouted the forward in recent weeks. 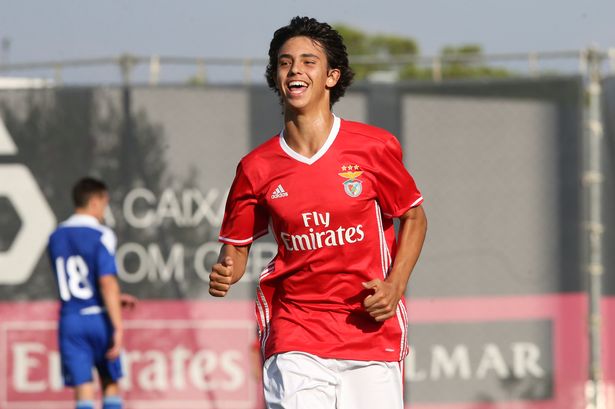 The Portugal Under-21 international recently revealed that he is contemplating about leaving the club and hinted at a move to Serie A champions Juventus to play alongside his “idol” Cristiano Ronaldo.

Meanwhile, Barcelona and Real Madrid have also reportedly joined the race for the teenager.

However, according to The Sun, Manchester United will launch a summer bid somewhere in the region of £100m despite the fact that Benfica are reluctant to let him go.

Felix recently penned a new contract extension with the Portuguese giants that promises to keep him at Lisbon until the end of the 2022-23 campaign.