Chelsea are reportedly considering to offload striker Alvaro Morata in January as the Spaniard does not appear to be part of the Blues’ long-term plans.

Morata, 25, has lost his place in the starting lineup to Olivier Giroud, who has started for the club’ last three Premier League matches. 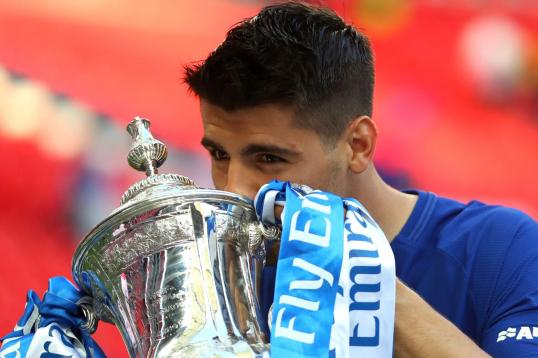 According to The Sun, Chelsea boss Maurizio Sarri is concerned with Morata’s disappointing performances.

Morata cost £58m to sign from Juventus last year. He has scored only once in nine appearances this season and four times in 32 games since last Boxing Day.

The west London club will await any offers from potential suitors in the mid-season before deciding whether to cut their losses, it is claimed, with the Italian champions Juve previously showing an interest.