The Gunners are ready to release clause of €40m to bring FC Porto’s striker Jackson Martinez at Emirates Stadium, according to the Portuguese newspaper – A Bola.

The front page of A Bola, with the headline “Jackson na mira do Arsenal” which means – (“Jackson is in the sights of Arsenal”) 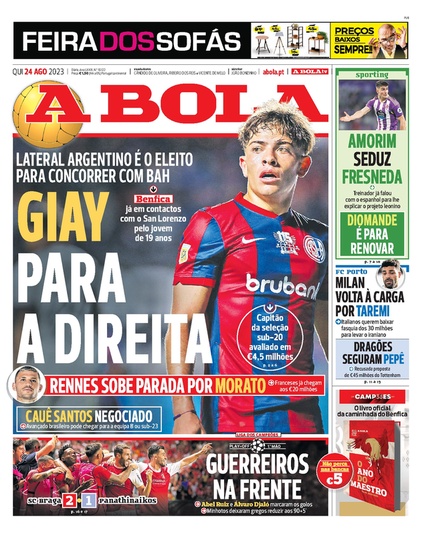 After Theo Walcott’s injury, Gunners should need a striker and Arsene Wenger is aware of the situation and he is desperate to sign potential reinforcements in January transfer market or maybe in June for the remaining premier league season.

The 27-year-old Colombian international has been in sensational form this season has scored 38 goals in just 44 Primeira Liga matches since his move to FC Porto.

Martinez is good enough to perfectly fit into Arsene Wenger’s attacking options, although he’s got the caliber to maintain the number one spot in Premier League table.