The Spanish striker Alvaro Morata has left Juventus to make a move to the Real Madrid.

The La Liga giants have confirmed that they had triggered a buy-back clause on Juventus striker Alvaro Morata, for a fee reported to be around £24 million.

Arsenal including many high profile clubs in the Premier League were heavily linked with the 23-year-old forward, it appears Arsene Wenger has missed a chance to sign the Spaniard for a reasonable fee. 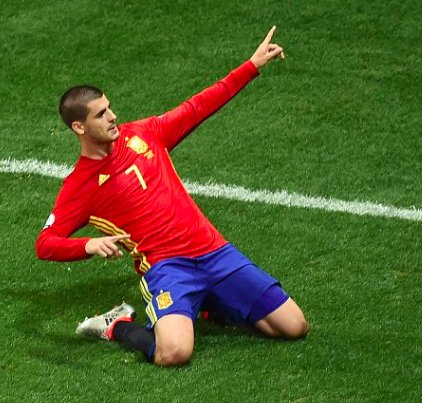 Morata has established himself since from the final campaign at the Bernabeu, coming on ups and downs in terms of his skills as a forward during his two year spell in Turin.

Here is how Gunners’ supporters reacted to the news, many of theme were gutted in Wenger’s inability to pay a nominal fee for a world-class forward..

#Arsenal should spend £60 million on Aubameyang, if we don’t sign Vardy, £60 million would be wasted on Morata

Arsene Wenger is one unlucky manager, most players that he wants he doesn’t get, now he has given up on Morata. Is Vardy another one?

@ElSpanishGooner reckon we’re standing a chance to land Morata? Surely Wenger/board will be reluctant to splash big money on him

@makeezyfosheezy I still like Spain even with the loss. Morata looks good. Now if only Wenger will buy him since Vardy is a no go lolol.

Arsenal fans: We will sign Vardy, (Vardy skins them); We will sign Morata (goes to Madrid): Sanogo is back (Wenger gives a thumbs up)

Now that Morata has rejoined Madrid & Vardy has told us to Fucc off. I guess Wenger can settle for Akpom & Sanogo.

Those Morata moves are what @Arsenal need. Time to dust up the cheaque book Monsieur Wenger