Croatia have the opportunity to make their mark in Euro 2016 today and book their place into the second round of the competition with three points against the Czech Republic.

Ante Cacic’s side were 1-0 winners over Turkey in their opener which was arguably injustice to the winners.  Croatia were completely dominant in the game but lacked a cutting edge in front of goal as a number of top teams have at the start of this tournament.  They created 19 chances in all with Luka Modric’s wonder strike being the game’s only goal.

The Czech Republic were beaten 1-0 by Spain in their opener and it wasn’t too dissimilar to Turkey – the scoreline could have easily and deservedly been greater. 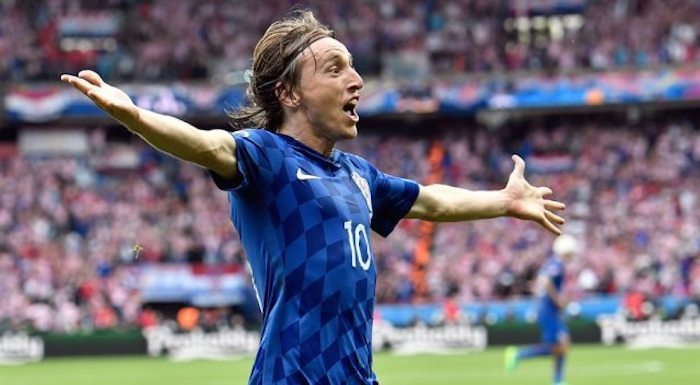 Croatia are considered one of the dark horses in this tournament and if they can top Spain in this group then there’s no reason at all why they can’t go all the way to the final as it would put them on the same half of the draw as the winners of Group B and F, currently led by England and Hungary respectively.

Cacic possesses one of the best midfielders in the tournament – two solid holding midfielders in Milan Badelj and Luka Modric whilst in front of them they have a wealth of playmakers and goalscorers – Marcelo Brozovic, Ivan Rakitic and Ivan Perisic started the opener.

Marcelo Brozovic did spurn a number of chances versus Turkey but if he can get himself into similar goalscoring positions today then there’s no reason why he won’t open his account for the tournament.  Barcelona’s Rakitic pulls the strings in the number 10 role for his country, something he did previously at Sevilla before playing a different role with the Spanish champions.  And Ivan Perisic is a goalscorer from the left.  The Czechs have a lot to fear in Saint-Etienne this afternoon.

All of these players, and attack-minded full-backs Darijo Srna and Ivan Strinic are all providers for striker Mario Mandzukic who has delivered the goods domestically in Germany, Spain and Italy during his career.

The Czech Republic would be on the brink of elimination today with defeat.  They created very few chances against Spain as they appeared to panic on the couple of occasions they had counter-attacks versus the defending champions.  They can’t afford to do the same versus Croatia if they want to get a result.

How much energy was taken out of Pavel Vrba’s side in their opener remains to be seen – don’t be surprised if he makes a number of changes for this game to freshen things up.

Captain Darijo Srna lost his father during their 1-0 win over Turkey on Sunday.  He is the only player that Ante Cacic may replace with the squad fully fit. Left-back Ivan Strinic was the only player to pick up a caution in their first outing.

Borek Dockal didn’t recover from a knock in time to face Spain in their opener and the Czech Republic will be desperate to have him back for a game they really need to get a result from. Tomas Necid should come into the starting XI after David Lafata had a poor game against Spain.  Left-back David Limbersky is the only play walking a tight rope in terms of suspension.

18 – Only Iceland (26) and Turkey (19) allowed more shots on goal than Czech Republic did in their opening game.

19 – Only Portugal (26) had more efforts on goal than Croatia did in their opening game.

23% – Turkey have only ever won three of their 13 games at European Championship finals.