The Serie A leaders Juventus look set to table an offer for the Real Madrid star Isco.

Having tracked the Spanish playmaker for a number of seasons, the Italian champions hopeful to continue their pursuit of Real Madrid attacker Isco when the transfer window opens in summer. 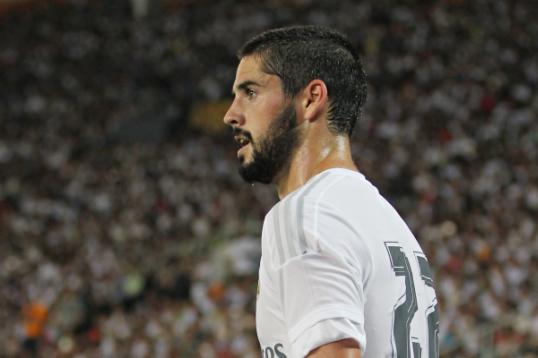 Recent rumours have made the headlines when James Rodriguez and Isco both linked with moves away from the Santiago Bernabeu as coach Zinedine Zidane considering to offload their two midfielders for next season following club’s’ derby defeat to Atletico Madrid, as they now find themselves 12 points behind the league leaders Barcelona.

It is understood that the French boss is reportedly desperate for a more balanced squad to compete on both the domestic and European competition in the coming months.

According to calciomercato.com, the Old Lady will table a bid somewhere in the region of €30m while the Los Blancos will be holding him for a fee near about to €40m mark.

The sale of the two midfielders this summer could fund a move for Juventus midfielder Paul Pogba, with Zidane has identified the former Manchester United player as his first Galactico signing.