The French champions Paris Saint-Germain have reportedly keep an eye on Anthony Martial’s situation at Manchester United and it is understood that the Ligue 1 outfit will table a formal offer this summer, according to The Mirror.

The France international, who joined the Old Trafford outfit in a deal worth up to £58m in 2015, is said to be unhappy with manager Jose Mourinho. 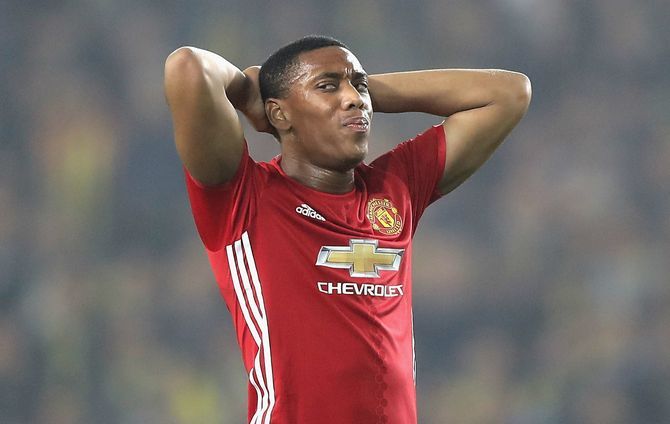 It is claimed that Martial feels that he has been turned into a scapegoat at United, and the Parisians are ready to take an advantage of the 21-year-old forward’s situation at the end of the season.

Martial has started just League games for the Red Devils so far this season and been rested off the bench four times, with just two goals in total.

Meanwhile it is understood that Manchester United are only willing to cash in if they receive massive amount of money, to which would then be used to sign in another new wide man.