Carlos Soler smashed a brilliant hat-trick of penalties as Valencia sealed an emphatic 4-1 victory against Real Madrid at Mestalla.

The Spain U21 international’s three strikes, as well as Raphael Varane’s own goal, helped to make it a rout for Los Blancos as the Bats made a great comeback after falling behind early in the game.

Real came into this encounter on the back of a good run, having recorded wins against Huesca in La Liga and Inter Milan in the Champions League. And they looked on course to secure another victory after Karim Benzema opened the scoring account in the 23rd minute of the game. 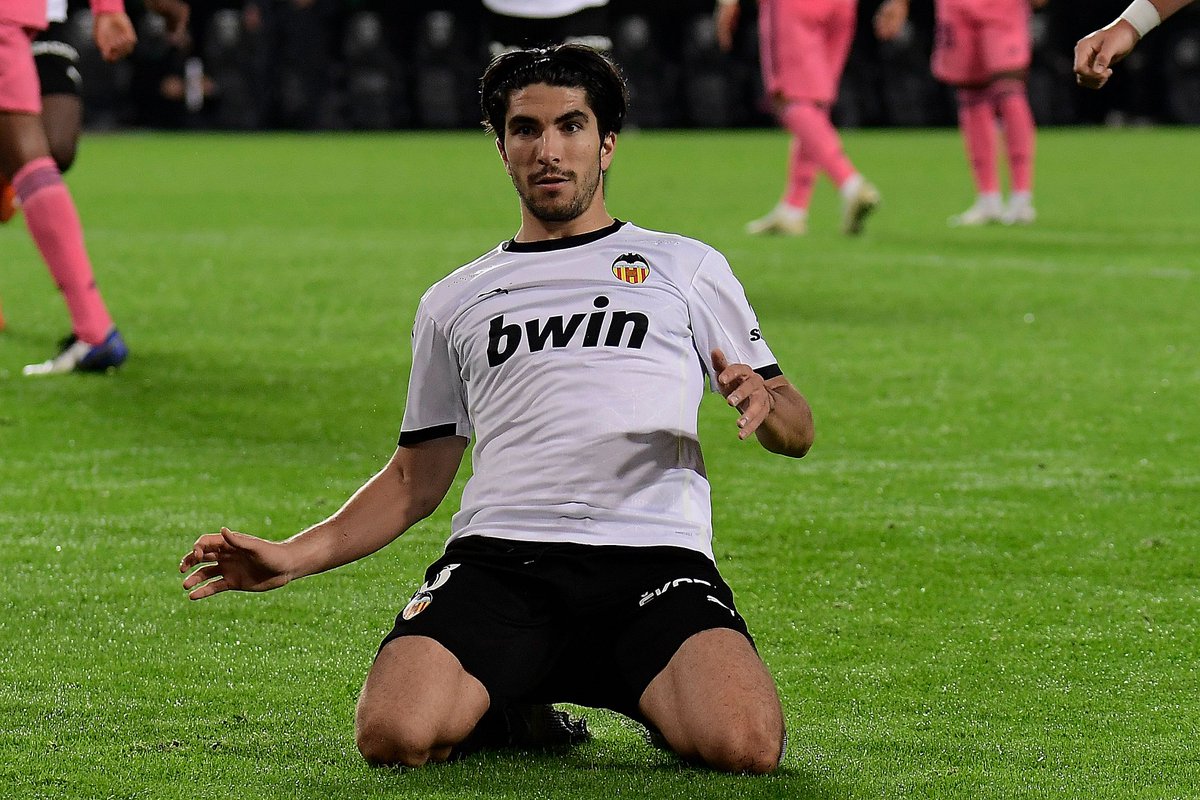 However, Zinedine Zidane’s side couldn’t build on their early advantage and let their opponents back in the game through defensive mistakes. The hosts got a chance to equalize when Lucas Vazquez handled the ball, and though Valencia didn’t make it a straightforward penalty, they somehow managed to get themselves level soon.

And just before the interval, Varane inadvertently scored an own goal. To further compound the misery, they conceded two more penalties in the second half and both were converted by Soler.

With this defeat, Los Merengues have now slipped to fourth place in the league table.