Everton have reportedly put an £80m price tag on young prospect Richarlison’s head amid interest from a number of top-flight clubs across the continent. 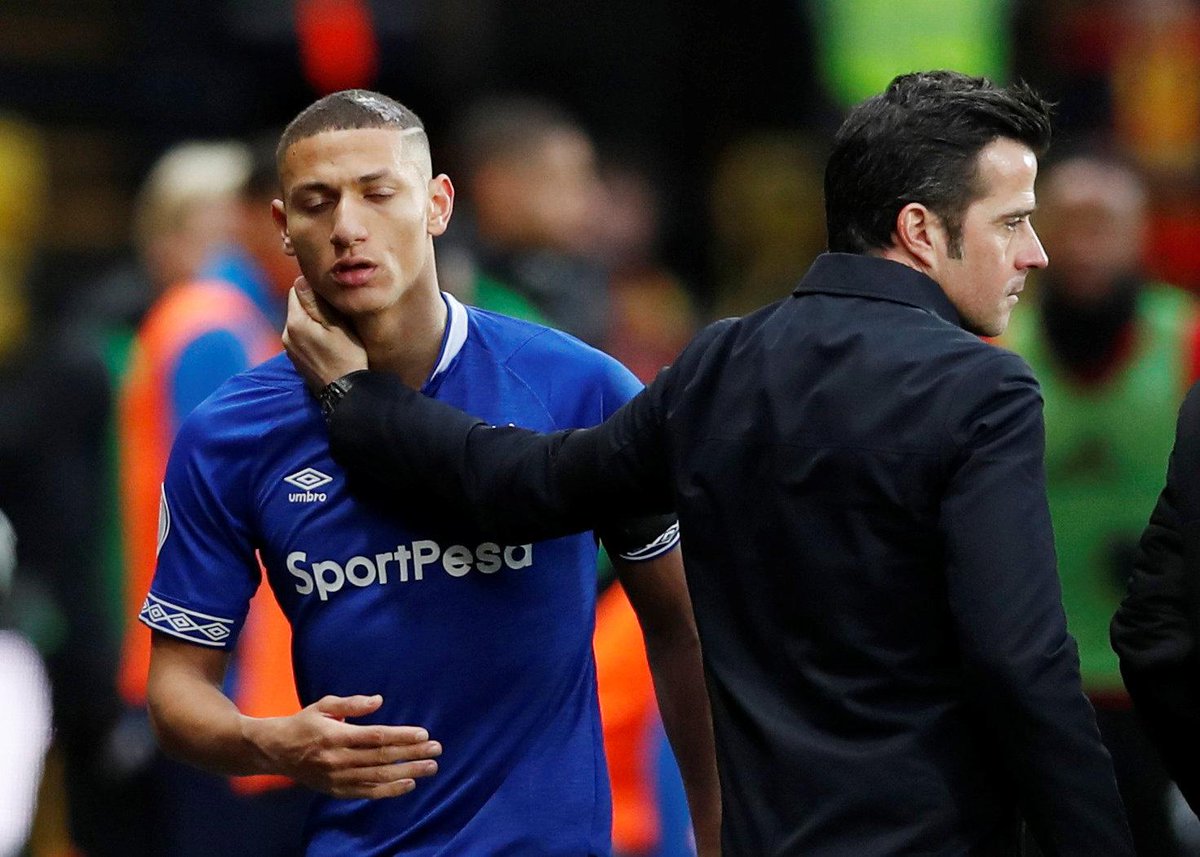 The 21-year-old Brazilian has impressed with the Toffees this term by scoring 10 goals in 23 Premier League appearances this season.

Everton raised eyebrows when paying Watford £40m to sign Richarlison less than a year ago, but the Merseyside outfit believe that his valuation has now doubled after six months at Goodison Park.

The Daily Star suggest that Chelsea, PSG, Atletico Madrid and AC Milan have all been monitoring Richarlison’s development, but the Toffees will not sell their star player unless their asking price is met in full.

It remains to be seen, whether any club would be willing to splash that huge amount on Richarlison who is understood to be happy at the Merseyside outfit.