When it comes to sport, it can be easy for sports fans to get carried away with the power of the sport itself. For example, one of the biggest sporting myths of modern history is that the infamous Dinamo Zagreb-Red Star Belgrade match at Maksimir Stadium on May 13th, 1990. Listen to the wrong person, and they will tell you that this was the match that lit the fire of fire across Yugoslavia. It is, though, for all intents and purposes a myth: it certainly accelerated the burning of war, but it did not start it. 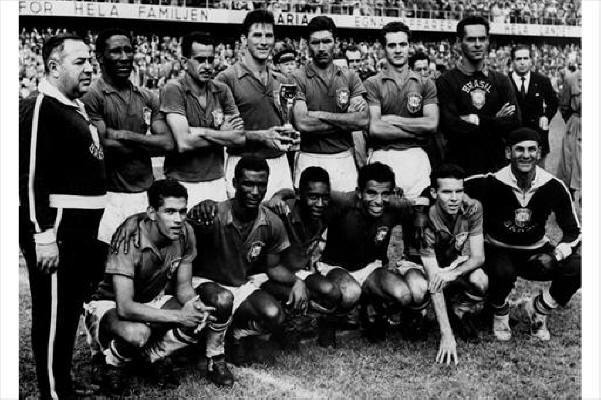 However, while many sporting myths are just that, myths, one myth that is not the case is the impact of Brazil’s World Cup win in 1958. Why, though, was it such a game-changing moment in history? What was the maiden win of Brazil to football? Why did the samba stars of South America claiming victory have such a profound impact on the game?

Why did 1958 change the football world forever?

The main reason is quite simple – Brazil was born as the nation that it has become today in terms of football prowess. Before this, Brazil was nowhere near the power that it could or should have been. Indeed, their shock loss in 1950 to two-time winners Uruguay showed a brittle nature to the Brazilian sporting complex; would they be able to break free of that?

In 1958, they showed the world just what was to come for the next fifty plus years. In tremendous style, the Brazilians – with a 17-year-old Pele in their ranks – went all the way to the final. There, they would face the somehow fancied Sweden who were playing the Final at home, in Stockholm.

However, Brazil came out the traps flying and put on a clinical display, crushing the Swedes 5-2 in a victory that set back Swedish football for years whilst propelling Brazil to the very peak of the sport. Indeed, it is quite the irony that the yellow and blue kit of Sweden was, at least to some of the era, more famous than that of the Brazilian kit. After 1958, that would never be the case again.

And nor would football. Emboldened by success, Brazil started to produce footballing talents at a quality and quantity the rest of the world could not come up with. Indeed, for Brazil the problem over the years has become trying to pick the best squad from the at times hundreds of potential options that could don the national team shirt.

1958, though, was the birth of the samba era of football; it was the moment where Brazil started their ascent to the top of football. And without that confidence and swagger, would football have ever become the game of skill and flair that it has? It would be hard to say for sure.

So, for the upcoming spree of international games, be sure to check out some of the tips and predictions at GodsofOdds. Who knows? We might see another sport-changing trophy winner come along in the summers to come. It happened once before – why not again?