Real Madrid midfielder James Rodriguez is seems to be a next prime target for Manchester United this summer, according to El Confidencial.

The Red Devils are reportedly considering a £54 million offer for the Colombian international this summer, according to reports in Spain.

The Spanish media outlet suggests that the Old Trafford outfit’s chief executive Ed Woodward is contemplating to make an offer for the 25-year-old midfielder as the Premier League giants look to acquire their fourth summer signing ahead of new season. 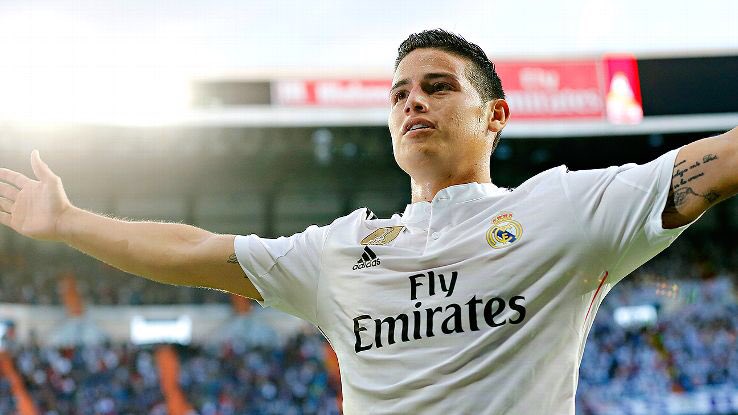 It is understood that the relationship between Woodward and Rodriguez’s agent Jorge Mendes means a possible move could still be on the cards this summer.

The 20-time English champions have already signed three big names – Eric Bailly, Zlatan Ibrahimovic and Henrikh Mkhitaryan to the squad ahead of the 2016/17 Premier League season.

Manchester United have won their first pre-season game 2-0 over Wigan Athletic at the DW Stadium under their newly appointed manager Jose Mourinho.