Paris Saint-Germain have reportedly emerged as the number one contender to sign Borussia Dortmund forward Pierre-Emerick Aubameyang this summer.

The French-born Gabonese international has established himself as one of the greatest players in world football since joining the Bundesliga outfit from Saint-Etienne in 2013. 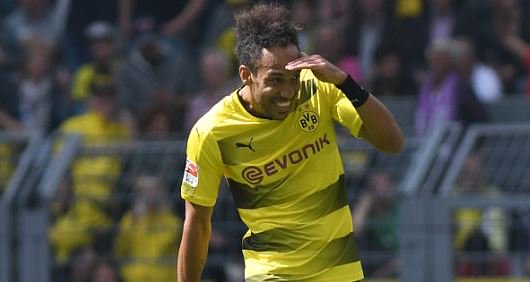 A number of top European clubs are understood to be monitoring the 27-year-old’s situation and the striker is expected to leave the Westfalenstadion this summer having reportedly handed in a transfer request.

According to the French media outlet BeIn Sports, Paris Saint-Germain have now started talks in order to bringing Aubameyang back to the Ligue 1.

The report adds that the Parisians are considering a lucrative bid for the Gabon international and are hopeful of securing a deal within a week.

Aubameyang has scored 120 goals in just 189 appearances for Dortmund.