The German international was a regular in the Bavarians when Guardiola was in charge at the Allianz Arena, but he has been limited since the arrival of Carlo Ancelotti.

That has put some suggestions that Kimmich could be on the verge of leaving the Bundesliga champions, and Guardiola will be in the queue to lure him to the Etihad Stadium. 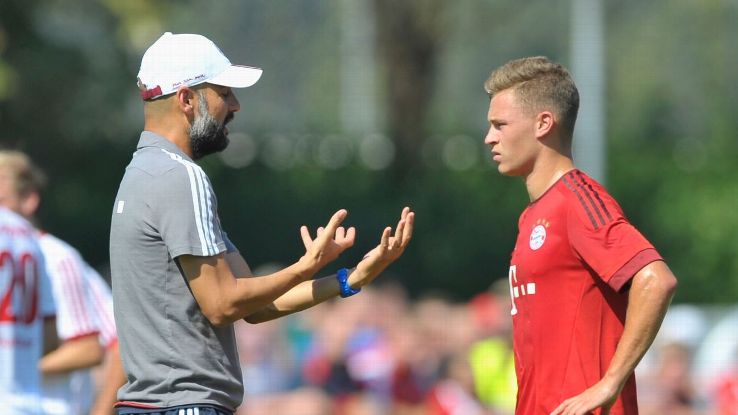 Kimmich, 22, who is versatile and can deploy in both defence and midfield, which makes him more appealing to the City boss, who is considering to strengthen all areas of the squad ahead of next season.

However, it is thought Kimmich still figures in the plans of Ancelotti, and the Bayern will be reluctant to cash in, if they do, then they want top amount, meaning City will have to spend huge to secure his signature.

Kimmich has made 36 appearances under Guardiola last term but has seen his playing time limited under Ancelotti this season.