Liverpool forward Roberto Firmino has committed his long-term future to the club after signing a new long-term contract that promises to keep him at Anfield until 2023.

The 26-year-old attacker joined the Reds from Hoffenheim in 2015 and has made 140 appearances thus far for the Premier League giants, scoring 50 goals. 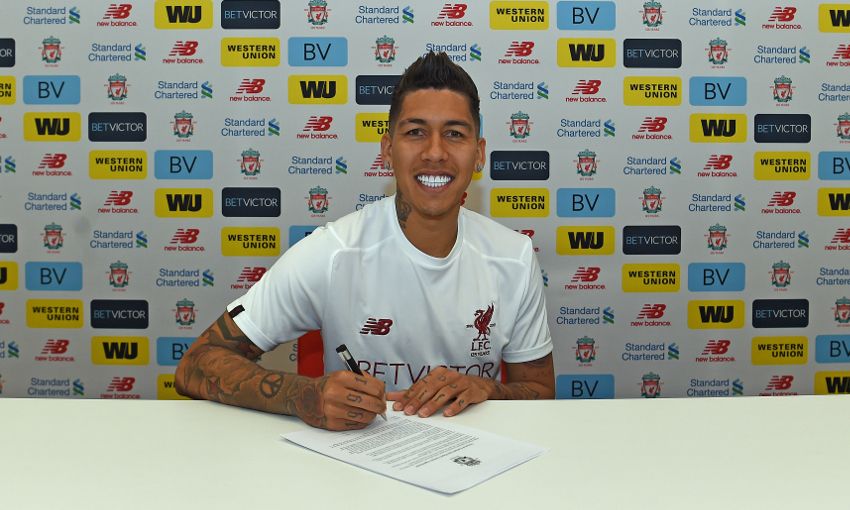 The Brazil international, whose current deal was valid until 2020, has been rewarded for a impressive season which has seen him score 27 times, his most successful campaign till date.

“It was an easy decision,” Firmino told the official Liverpool site on Sunday.

“The club have taken me in in an incredible way and I’ve grown a lot here with my work with the support of the whole team. I am very, very happy here.

“Everything fits in the best possible way. My teammates are fantastic and I am very grateful to be able to play with them at this club.

“I love to play for Liverpool FC. The fans are excellent and fantastic in how they support us all the way. They support us throughout the games and the work they do during the match is beautiful.”

The Merseyside giants have not disclosed the duration of Firmino’s contract but various sources have claimed that the attacking midfielder has committed to the club until 2023.