After one of the most controversial UEFA Champions League draws in the competition’s history, we’ve learned the last-16 opponents at the second time of asking.

Let’s have a quick look at the Champions League round of 16 pairings. If you are looking to bet on any of the games, make sure you understand the value of sure bets and hedge your efforts when betting on the Champions League. And of course, read our predictions below.

Red Bull’s unrelenting attempts to help Salzburg qualify for the Champions League knock-outs have finally come to fruition this season.

In their third successive season in Europe’s elite competition, the perennial Austrian champions have fulfiled the dream of playing in the knock-out stages.

They reached the round of 16 as Group G runners-up, finishing one point adrift of group winners Lille but four clear of European powerhouse Sevilla in third. 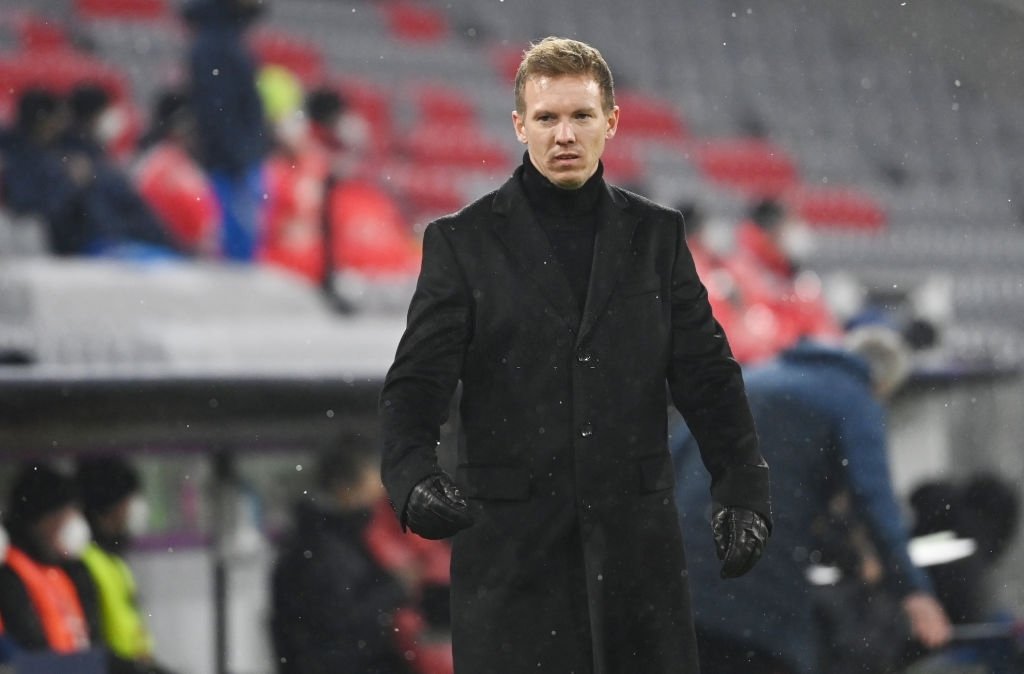 However, Salzburg’s celebrations were short-lived as they’ve soon realised their opposition in the first knock-out round will be non-other than the competition juggernauts Bayern Munich.

Julian Nagelsmann’s side made light work of their Group E campaign, winning all six matches by an aggregate score of 22-3, including a brace of 3-0 victories over Barcelona.

Widely regarded as one of the hottest favourites to claim the crown, Robert Lewandowski and co should have no problems overcoming the knock-out debutants.

Sporting Lisbon will compete in the Champions League knock-out phase for the first time in the 21st century, but their last-16 tie against Manchester City could be the end of the road.

Guided by one of the most appreciated young managers in Europe, Ruben Amorim, the reigning Primeira Liga champions finished second to Ajax in Group C.

Sporting left the likes of Borussia Dortmund and Besiktas in their wake, despite experiencing mixed fortunes across their six group fixtures (W3, L3) to up an exciting last-16 tie against Man City.

The Cityzens will have vengeance on their minds, as they found themselves on the wrong end of away goal rule back in their 2011/12 Europa League last-16 showdown.

Following last season’s grand final heartbreak against Chelsea, Man City are the number one candidates to lift the title this term and look to be in a prime position to at least reach the quarter-finals.

Except for a brace of unsurprising defeats to Bayern, Jorge Jesus’ team went unbeaten in their remaining four Champions League Group E fixtures (W2, D2) to finish second, ahead of Barcelona.

Despite being responsible for Barca’s first Champions League group stage elimination in 21 years, Benfica will be underdogs in this tie.

In addition to Liverpool and Bayern, Ajax are the only side to have won all six group stage engagements, scoring the competition second-high 20 goals in the process.

Highly-rated manager Erik ten Hag has already proved his ability to take the Lancers far in this competition, as witnessed by their 2018/19 semi-final elimination to Tottenham.

Prediction: Ajax to win the tie

The Blues won both games against this opposition by an identical 2-1 scoreline two years ago and are heavy favourites to replicate that success this time around.

Even though they finished top of Group G, ahead of Salzburg, Sevilla and Wolfsburg, Les Dogues have not been as nearly as impressive as they used to be under ex-boss Christophe Galtier.

Stuck in mid-table lethargy in the domestic championship, Lille’s hopes of retaining the Ligue 1 crown look like a far-fetched dream, with their top-four chances also up in the air.

Meanwhile, Chelsea have gone from strength to strength under Thomas Tuchel as they remain firmly in contention for the Premier League trophy and are equally keen to defend the European crown.

Prediction: Chelsea to win the tie

Los Rojiblancos squeezed into the competition’s knock-outs, courtesy of a 3-1 win at Porto on Matchday 6, though they have to thank Liverpool for avoiding early elimination.

It’s not been the best of seasons for Diego Simeone’s side so far, as they already trail cross-town rivals Real Madrid 13 points in La Liga.

With Atletico’s chances of securing back-to-back top-flight titles for the first time in 70 years already fading, the Spaniards are likely to go for broke in the Champions League.

That’s not good news for the Red Devils, who are going through a transitional period in the wake of Ole Gunnar Solskjaer’s sacking.

Ralf Rangnick, who arrived at the helm in late November, has finished what his predecessor started, carrying United to the Champions League last-16.

The ‘Unai Emery’ effect continues to bring joy to the Villarreal faithful in Europe despite the Spaniard’s tremendous struggle in domestic football.

A year after navigating the Yellow Submarine to the Europa League title, the ex-Arsenal strategist has led Villarreal to their first Champions League knock-outs since 2008/09.

However, the daunting task of reaching the competition’s quarter-finals for the third time in the club’s history puts the Spaniards in front of a massive challenge.

Juventus have been a shadow of their former selves over the past couple of years, but they are still a team to beat in Europe.

Massimiliano Allegri’s return to the helm has failed to wake up the sleeping giants, yet, there’s still plenty of time for the Italian manager to rally his troops before the Champions League knock-outs.

Prediction: Juventus to win the tie

Not many European fixtures would draw so much attention as the battle between the two former European champions and true continental powerhouses.

Antonio Conte may have led Inter Milan to a long-awaited Serie A title last season, but even he failed to make it out of the Champions League group stage with the Nerazzurri.

New boss Simone Inzaghi has thrived where his predecessor stuttered, guiding the Italians to the competition’s knock-outs after three consecutive failed attempts.

But the Champions League draw showed no mercy to Inzaghi’s efforts, throwing Jurgen Klopp’s high-flying Liverpool side in their way.

Not many teams are superior to the Reds at this point, as evidenced by their 100% record in the Champions League group phase this season.

Among sides competing in Europe’s top-five leagues, only Bayern (86) have scored more goals than Liverpool (67) in all competitions so far this term.

Prediction: Liverpool to win the tie

Last but not least, Paris Saint-Germain and Real Madrid will trade tackles in what could be the most evenly-contested Champions League last-16 tie and a must-watch if you are streaming Champions League games online.

Following an eye-catching summer transfer campaign, highlighted by Lionel Messi’s arrival from Barcelona, nothing but the Champions League crown would satisfy Nasser Al-Khelaifi.

Mauricio Pochettino has yet to put his star-studded side in motion, as making all those big egos work together as a team appears to be a tall order.

Yet, with all the potential at his disposal, the Argentine has no other option but to launch a relentless assault on Champions League glory.

Standing in his way will be Carlo Ancelotti, the very man who knows in-depth about conquering Europe’s finest club competition, having won the prize three times during his trophy-laden managerial career.

The famous Italian manager led Madrid to the top of Europe back in 2013/14 during his first spell at the Santiago Bernabeu and will be looking to emulate that feat.

Suggestion: Kick back and enjoy