Following a transfer ban expected to prevent Real Madrid from signing any new players to the Bernabeu for the next two windows, the Spanish giants have been busy trying to tie down their superstars to long-term contracts.

Toni Kroos and Luka Modric’s extended deals have already been announced while Cristiano Ronaldo and Gareth Bale are both set to extend their stay in the Spanish capital. 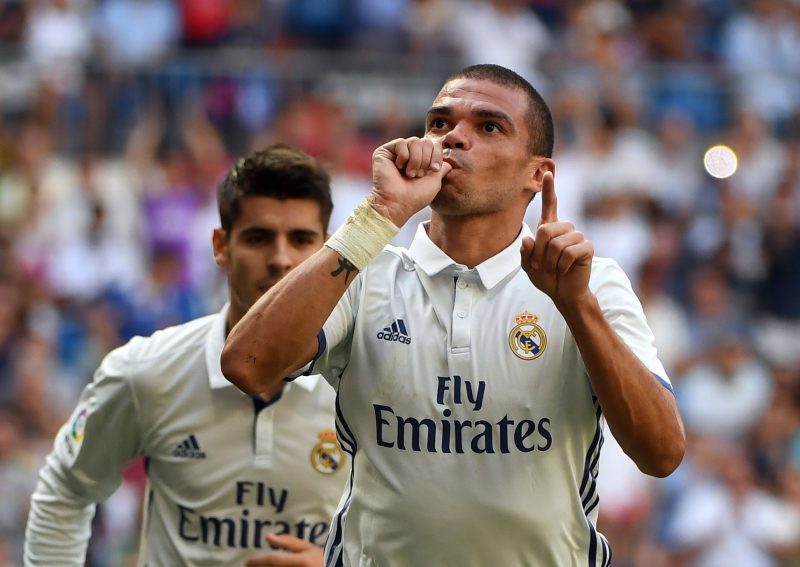 However, there is another Real Madrid star named as “Pepe”, whose current contract at Los Blancos expires at the end of the season and it seems that a deal does not appear to be any closer.

Pepe’s uncertain future means there is a serious possibility the 23-year-old Portuguese could sign a pre-contract agreement with another European outfit in January.

According to The Mirror, Chelsea are one of them interested in securing the centre-back’s services, a switch Pepe might consider.

Chelsea boss Antonio Conte remains keen to bolster his defensive ranks, there is a bright chance it plays straight into Pepe’s hands, who can use the Blues’ interest to negotiate a lucrative deal for himself to remain at the Bernabeu Stadium.