Megan Rapinoe has strongly criticized English football for the lack of investment in the women’s game, as per Goal.

The Women’s Super League saw some big transfers in the summer, with four new players of the United States’ national team who were part of the 2019 World Cup winning squad moving to England. 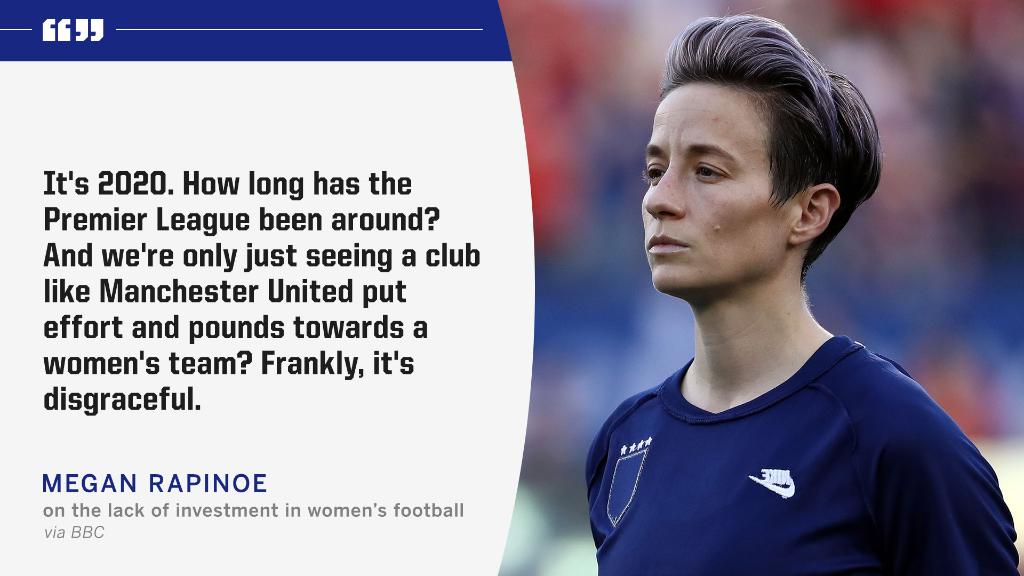 While Sam Kerr and Vivianne Miedema have already been showing their skills in the Women’s Super League, which is now seeing an increase in its popularity after it was first established in 2010.

Rapinoe, who currently plays for OL Reign, slammed English football for the lack of funding in the women’s game.

“I think women’s football in England is the same as in America – it is so far behind because of what we’ve had to overcome in the lack of investment,” she told BBC Sport.

“It’s 2020. How long has the Premier League been around? And we’re only just seeing a club like Manchester United put effort and pounds towards a women’s team? Frankly, it’s disgraceful.

“I’ve had a few team-mates go abroad and play, while I’m training and trying to keep fit in the hopes that eventually we’ll be out of this hellscape.”

The American football star has earned 168 caps for the United States national side, with 52 goals to her name. Her long club career has seen her play for some of the top American sides including Chicago Red Stars, Olympique Lyonnais and OL Reign.

The 35-year-old also has the distinction of winning both the Ballon d’Or Feminin and The Best FIFA Women’s Player in 2019.