Bournemouth and Leeds United could reportedly slug it out over the summer for the Swansea City midfielder Yan Dhanda, according to the Daily Mail.

The 22-year-old attacking midfielder has struggled to nail down a regular spot this term. 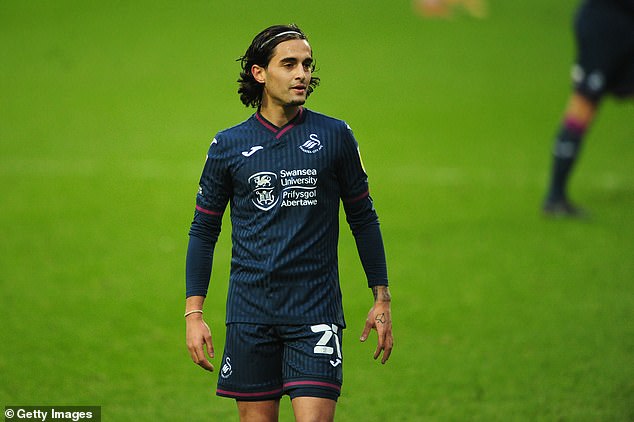 He has been an unused substitute in the Swans’ last three Championship outings, but the aforementioned report suggests that Leeds and Bournemouth have both interested in signing the former England U17’s international.

The report goes on to claim that the Cherries are preparing for life without David Brooks, who is heavily linked with a move to join Aston Villa, while the Whites could look to strike a deal for Dhanda should Tyler Roberts leave Elland Road.

Dhanda has a contract at the Liberty Stadium until the end of next season.