Manchester United and Chelsea will reportedly go head to head for the signature of West Ham United midfielder Declan Rice this summer.

The 22-year-old attacker has been in sensational form for the Hammers during the current campaign, clocking up 19 appearances in all competitions. 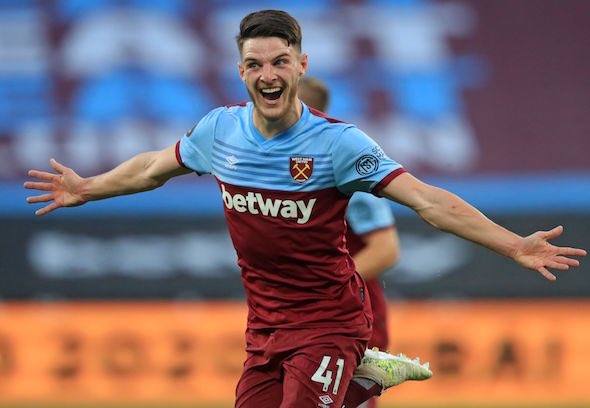 The England international is contracted to the London Stadium until June 2024, with the option of a further year, but there is said to be significant interest in the playmaker from Chelsea.

Frank Lampard is allegedly keen to bring Rice to Stamford Bridge, but according to ESPN, Manchester United are firmly in the race for a player who could cost somewhere in the region of £70m.

A recent report suggested that the youngster was not interested in moving to the Red Devils, seemingly making the Blues the favourites for his signature.

Rice has made 128 appearances for the Hammers in all competitions.