Manchester United are reportedly interested in signing Watford’s Ismaila Sarr who is also being chased by the Premier League champions Liverpool.

The Red Devils are scouring the market for a new forward this summer, with the club reportedly unwilling to meet £108 million fee for Borussia Dortmund star Jadon Sancho.

As per the Independent, United’ chiefs are thinking about a move for Sarr who has also been linked with Liverpool.

The 22-year-old was impressive last campaign, racking up 28 Premier League appearances and smashing five goals, despite the fact that the Hornets suffered relegation to the second-tier. 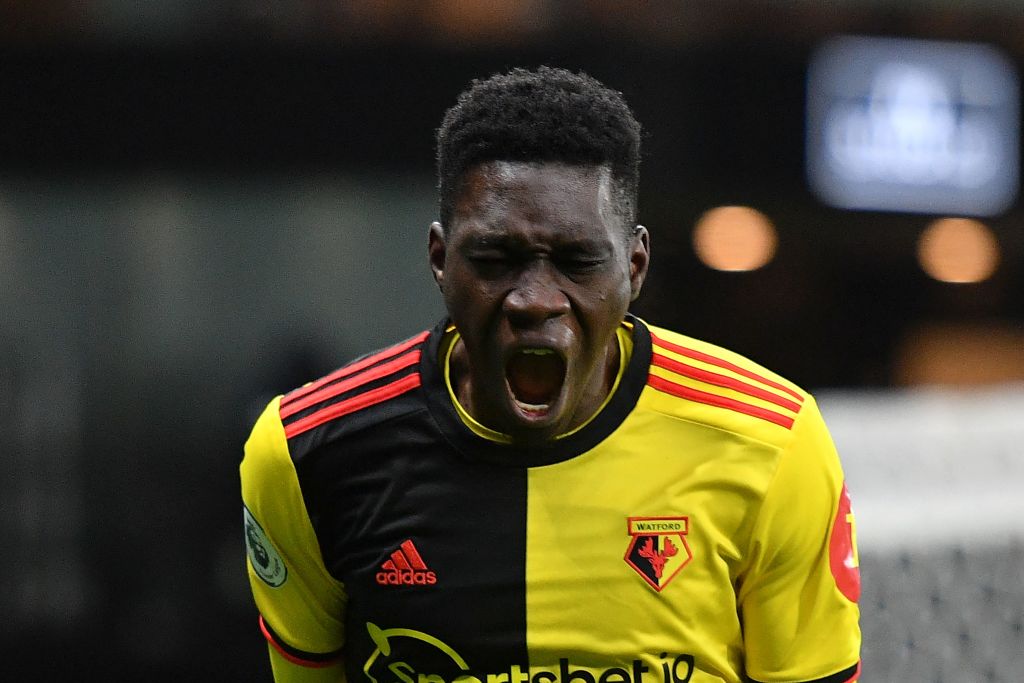 It is said that the winger is available for £30 million by the Championship side.

Meanwhile, Sancho has reportedly told the Bundesliga side that while he’d be content to stay at the Westfalenstadion, he’d be ‘happy’ to sign for the Red Devils.

The England international was part of Manchester City’s academy but left for German side BVB in the summer of 2017 where he earned his first-team debut very soon.

The youngster has earned 100 appearances in all competitions for the club, with the player finding himself on the scoresheet 35 times while earning 44 assists too. Last season, he struck 17 goals and created 17 assists in 32 league appearances as his side finished second at the table.