Manchester City boss Pep Guardiola talked about his dilemma regarding veteran striker Sergio Aguero, who didn’t leave the bench in the recent 2-0 defeat at Tottenham.

With the Sky Blues going two goals behind in the second half, the Spanish manager didn’t feature the 32-year-old in the game. Instead, it was Phil Foden and Raheem Sterling who came onto the pitch to try and make a comeback.

City ultimately lost the match, and questions were later asked over why the Argentine striker was not featured. 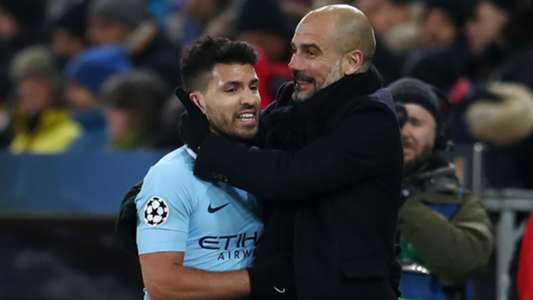 The former Barcelona manager acknowledged the importance of the 32-year-old but he warned the club will have to manage him very carefully.

The former Atletico Madrid player remained out of the game for five months after his knee surgery back in June and when he returned to the game in October, he suffered another injury in the match against West Ham.

“I’m not going to say we don’t need Sergio, we need him,” he said as per the Manchester Evening News.

“But Sergio is 32 and was five months injured with a difficult and dangerous injury. He came back, he played 50 minutes and 55 and got injured again.

“We want it and I want Sergio fit because I know how important he is for us, what he has done in the Premier League. But we have to be careful, to not get knocked back again and injured again and you have to see the right moment to put him back in the side.

“Hopefully it can be soon and maintain the regularity to play games.”

Aguero’s injury woes have restricted his game time to only three appearances this season, with a goal to his name.

His absence has affected the performance of City who are visibly struggling at the moment.

They are currently placed 13th in the league, after suffering two defeats and three draws.