Liverpool boss Jurgen Klopp has confirmed that Mohamed Salah’s coronavirus test has returned negative result and the Egyptian will return to training on Monday.

The 28-year-old didn’t feature in the Reds’ 3-0 victory over Leicester City recently after his Covid-19 test returned positive during the international break. 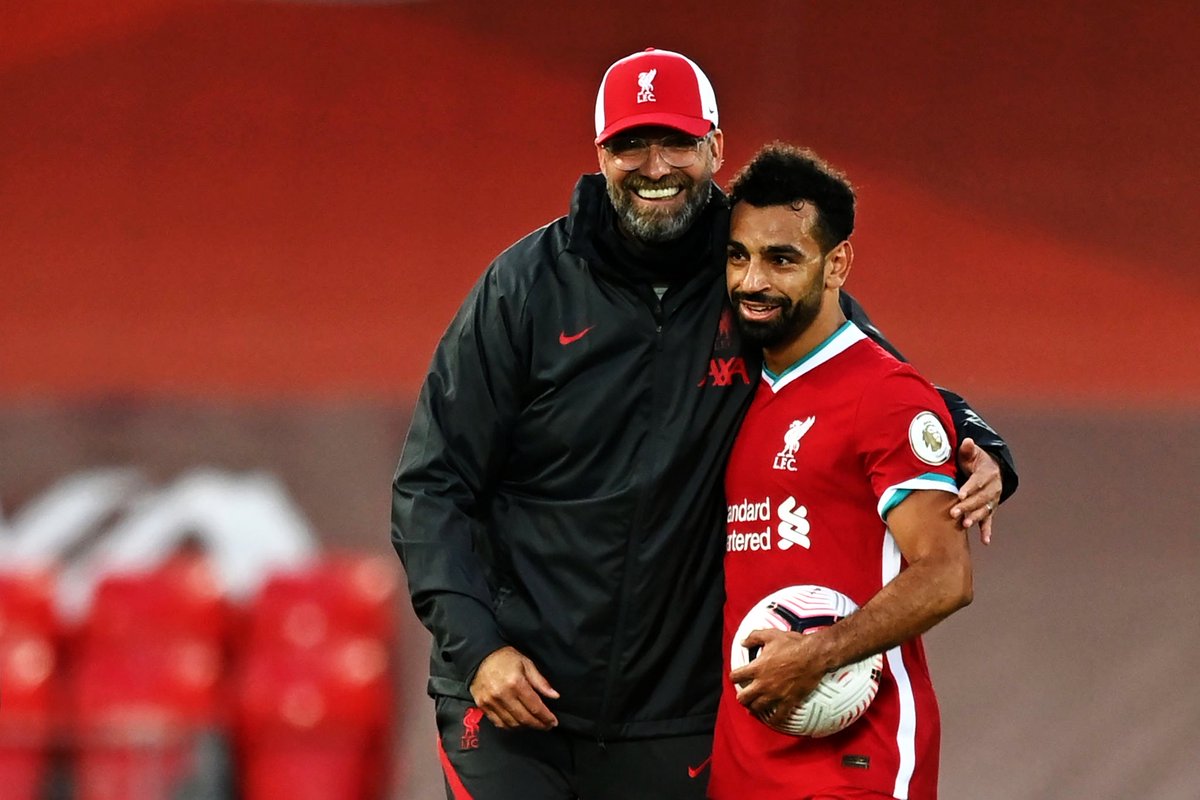 Now the German boss has revealed that the former Roma player could return to football action in the Champions League against Atalanta.

“I think from now he is pretty normal in all the testing. Tomorrow we have UEFA testing and I am pretty sure he will be in that.

“He can train with us tomorrow. There are two tests in the next two days so he will be tested.”

Salah began his senior career with Egyptian side El Mokawloon before joining Basel in the summer of 2012 where he racked up 47 league appearances.

He landed a move to Chelsea in 2014, but the lack of game time meant he went on loan first to Fiorentina and then Roma where he earned a permanent contract.

His brilliant performances in the Serie A attracted the attention of Liverpool who spent £36.9million to bring him to Anfield.

The 28-year-old has been nothing less than phenomenal for the Reds ever since. So far, he has racked up 116 Premier League appearances for Jurgen Klopp’s side, smashing an incredible 81 goals.