The Red Devils have been credited with an interest in signing the 18-year-old midfielder in recent days as manager Ole Gunnar Solskjaer looks to further strengthen his squad at Old Trafford. 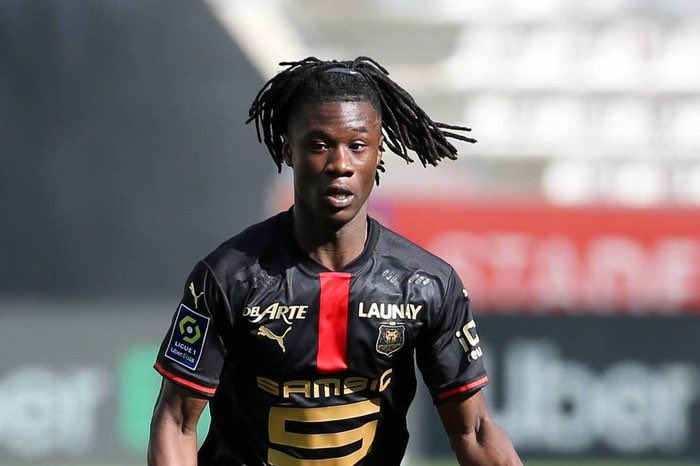 The teenager’sss current contract is due to expire next summer and the Ligue 1 outfit are likely to avoid losing him for nothing next year.

Now, Italian reporter Romano has revealed that United remain interested in a deal to bring the French talent to Old Trafford and talks are progressing over a move.

Romano said: “At the moment, Manchester United are the front-runners in the race to sign Camavinga.

“PSG are looking at Camavinga and many other clubs are interested because he’s out of contract next year.

“From what I’m told, Rennes would be happy to negotiate a deal worth around €30-35m for Camavinga. This is something important because he will be out of contract in one year but they want to make profit with Camavinga.

“Manchester United are progressing talks. They want Camavinga and they know Camavinga would love to join the Premier League.”

Camavinga has scored one goal and made two assists in 35 Ligue 1 appearances for Rennes.