Manchester City manager Pep Guardiola recently met the club’s billionaire owner Sheikh Mansour in Abu Dhabi and has said that the owner is “impressed” with the team’s progress.

The Spaniard boss met the Etihad owner Sheikh Mansour for the first time during club’s recent trip to Abu Dhabi. The Former Barcelona coach has been assured he will remain at City after holding successful talks with Sheikh Mansour in the Middle East.

However, he confirmed that his job was not guaranteed and suggested that he would be sacked if results dried up. 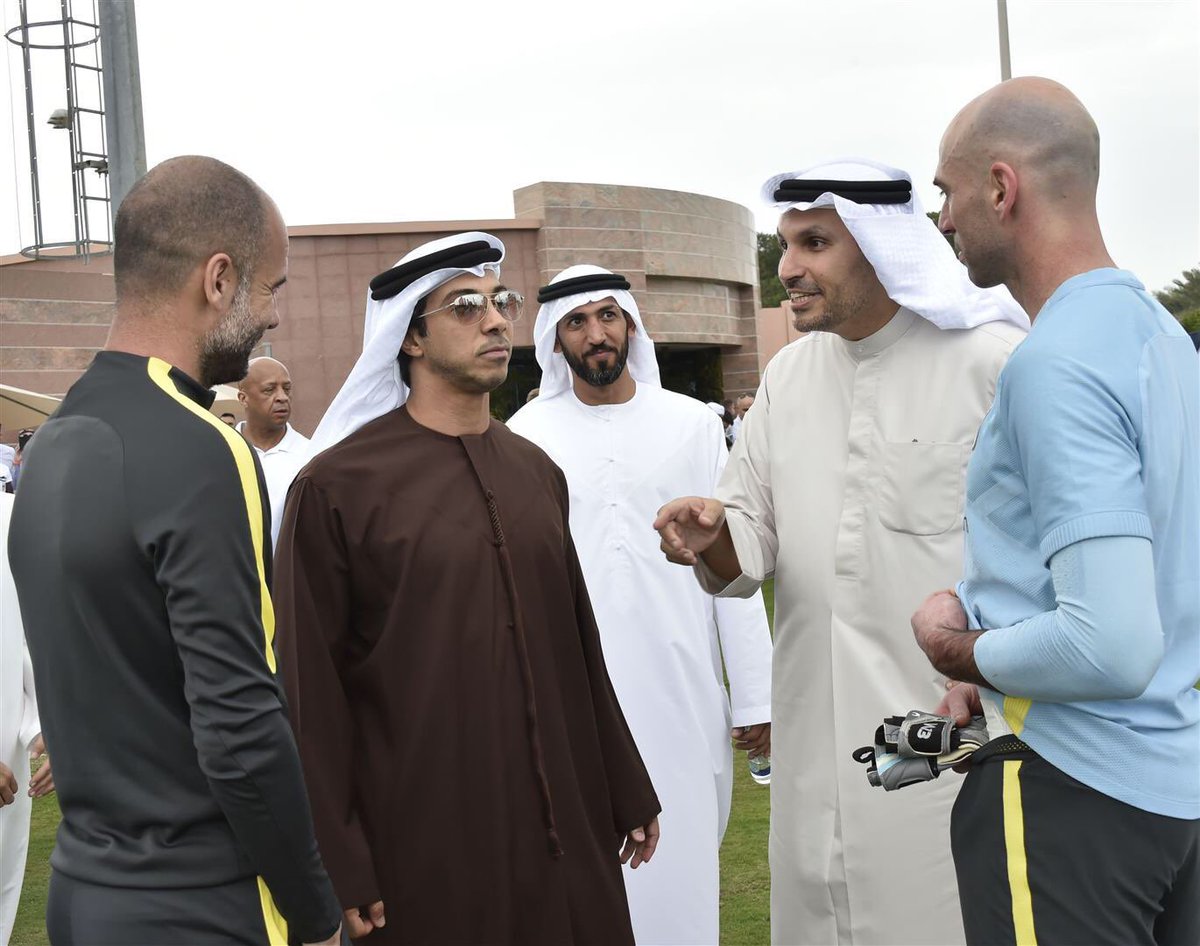 “With [chairman Khaldoon Al Mubarak] we speak regularly – the last period he came often here – but the other people we met for the first time, [including] Sheikh Mansour,” Guardiola told reporters.

“It was nice because it is important for us to know the president. I had good relations with almost all my owners in Barcelona and Bayern Munich. But they know, we know, all the managers and owners know, that we are here because of the results. If the results are not good we are going to be replaced by another. I replaced another manager.”

Guardiola has won 21 trophies as a manager before arriving at Etihad.

Manchester City currently sits 3rd in the league table, will face Huddersfield Town in the FA Cup fifth-round on Wednesday.