Liverpool are currently facing a big injury crisis, with Virgil van Dijk and Joe Gomez both sidelined due to serious injuries.

Cameroon international Joel Matip is now their only senior fit centre-back who has also struggled with injuries in the past.

Considering their recent injury problems, Jurgen Klopp’s side are likely to bring in reinforcements in the January transfer window. 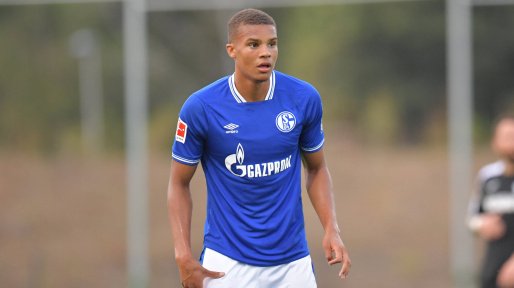 And one of the players who has been linked with the Merseyside club is Malick Thiaw, who has been with Schalke since 2015.

The Finnish footballer penned a new contract with the Bundesliga side in the summer, which looked to end all the rumours about his future at Veltins-Arena.

The 19-year-old has now replied to speculation linking him with the Reds, conceding that he is flattered.

‘Of course you’re happy when big clubs are after you,’ he told Schalke TV as per the Daily Mail.

‘But it was actually clear to me that I would stay at Schalke.’

Thiaw is an academy product of the Miners, making his professional debut in March 2020 in a 1-1 draw against Hoffenheim in the Bundesliga. So far, he has clocked up seven appearances in all competitions for the German side, with one goal to his name which he scored against VfB Stuttgart last month.