Leicester City have confirmed that manager Claudio Ranieri has been sacked, just nine months after the Italian steered the Foxes to the Premier League title.

The 65-year-old took charge of the Leicester in the summer of 2015 and he did the near impossible and took the club to Premier League glory last season. 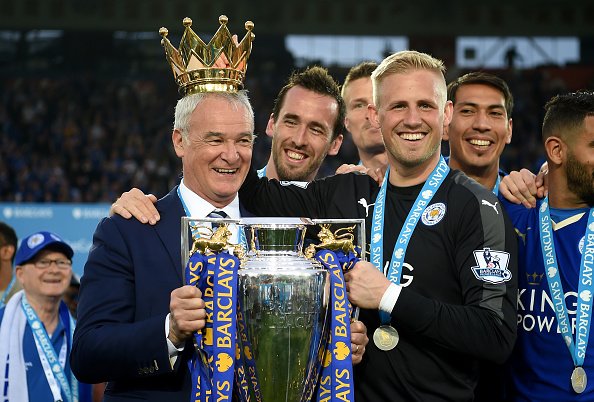 The Foxes currently sitting in 17th position and dangerously just one point clear of the relegation zone.

After all that Claudio Ranieri has done for Leicester City, to sack him now is inexplicable, unforgivable and gut-wrenchingly sad.

surely Leicester should be building a statue of Ranieri rather than sacking him – or am I just old fashioned?

Gutted it’s come down to this but I can’t help but feel it’s the right call. He’d lost the players a long time ago, and we’re sinking fast.

Grazie Claudio. In x years time I won’t remember what happened this season but I’ll always remember your champions.

Ranieri sacking is madness! What is happening to the game

Claudio Ranieri sacked by Leicester City. What a sad end to one of THE greatest football stories.

On Claudio Ranieri: He delivered one of the greatest sporting achievements ever. He deserved until the end of this season. Simple. #LCFC

Claudio Ranieri sacked????
Most disgraceful decision in the history of football. pic.twitter.com/DLtmW9U4AN

Wayne Shaw sacked for eating a pie.
Claudio Ranieri sacked for winning the Premier League.
This is the week football ate itself.

Claudio Ranieri. Thank you for making the impossible dream come true. Never did I think Leicester City would win the premier league.

Ranieri did the impossible and will be remembered but modern football is brutal and cruel. Not many stand by you when you are down and low.

Claudio Ranieri sacked! This is all that is wrong with modern football. Does the impossible and sacked within a year! Absolute disgrace!

Very sad to hear about Ranieri sacking. Responsible for the greatest footballing achievement I’ve lived through, & probably always will be.

The dreaded price of over achieving. Football at its craziest if true !!!