Who will claim the first cup of this season?

Just 63 days after they were beaten by Real Madrid in the UEFA Champions League final, Liverpool meet reigning Premier League champions Manchester City in the Community Shield (CS) at Leicester’s King Power Stadium. With both sides expected to challenge on all fronts again this term, they’ll want to claim the first silverware of what will be a long and demanding season. You can follow the live score on Flashscore. 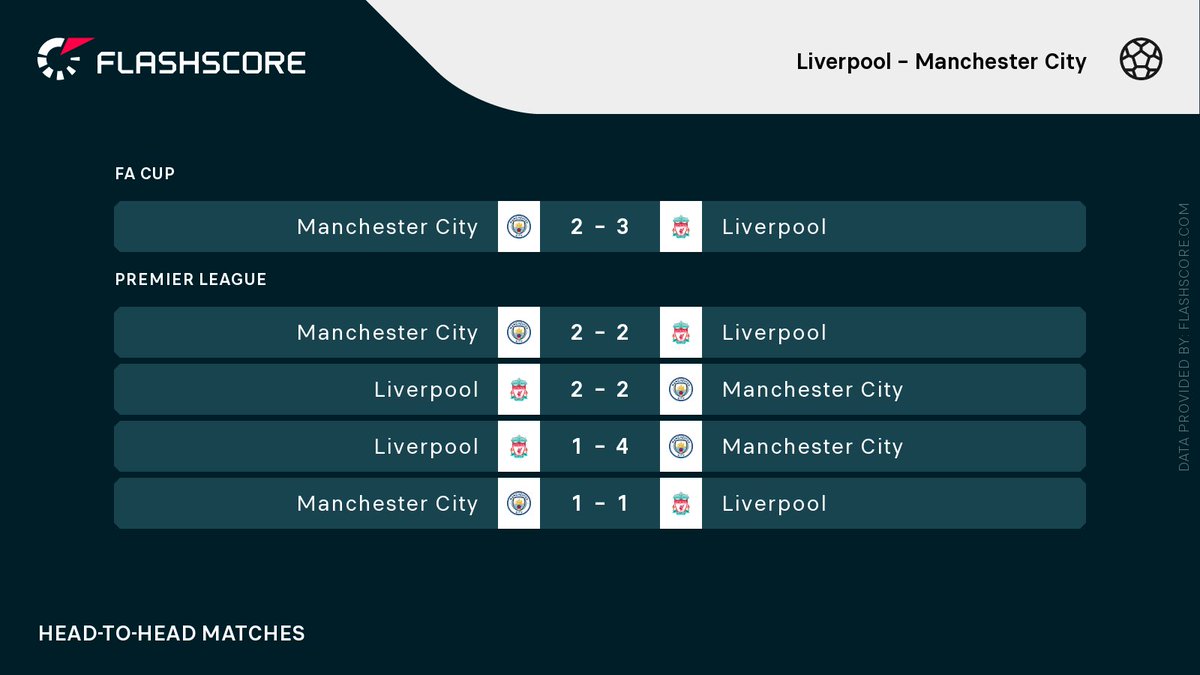 Only Arsenal and Manchester United have won or shared this trophy more often than Liverpool (15 times) but their last win came back in 2006, subsequently losing twice on penalties including to Man City in 2019. With new signings Darwin Núñez and Fábio Carvalho impressing in pre-season, offsetting the departure of Sadio Mané, the Reds look in good shape to lay down an early marker.

Manager Jürgen Klopp will be happy to have his first-choice backline available for a potential meeting with City’s headline summer arrival, Erling Haaland, who will add an extra attacking dimension to a team that scored 150 competitive goals last term! Boss Pep Guardiola has also boosted his squad by signing Kalvin Phillips and Julián Álvarez as the Cityzens aim for their first CS win since 2019.

Although this match has produced several low-scoring affairs recently, with none of the last five producing more than two goals, the last time it was played away from Wembley – at Villa Park in 2012 – City prevailed over Chelsea in a five-goal thriller (W 3-2). That was the same scoreline by which they lost the FA Cup semi-final to Liverpool in April, the fourth consecutive H2H to feature over 3.5 goals (W1, D2, L1).

Players to watch: Liverpool’s Mohamed Salah averaged one goal contribution per game against Man City last term (G2, A1) while City’s Kevin De Bruyne has opened the scoring in each of his last five goalscoring appearances for the club. Hot streak: None of the last seven CS games produced over 1.5 first-half goals.