AC Milan are reportedly ready to lock horns with Liverpool over the signature of Olympiacos midfielder Aguibou Camara.

The 20-year-old attacker is about to begin his first major international tournament with Guinea in the Africa Cup of Nations this month. 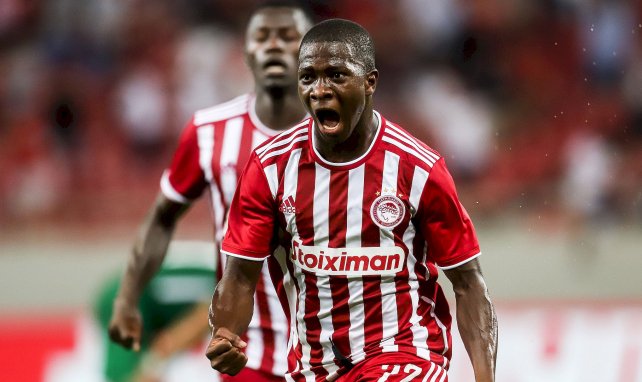 He has scored four goals and as many assists in 14 Greek Superleague appearances this term, and with just six months into his career at Olympiacos, the Guinea international is being linked with another move.

According to Calciomercato, Milan have joined Liverpool in the race to sign Camara, who is likely to be available at a high price, with four years left on his current contract.

The Greek giants acquired the youngster from Lille for a small fee covering training compensation due to his young age, but the report suggests that Camara could drive his price tag up even further following the Africa Cup of Nations this month.

Camara has scored five goals and registered four assists in 25 appearances for Olympiacos during his first season with the club.