Arsenal have reportedly identified Brighton & Hove Albion’s Tariq Lamptey as a potential replacement for Hector Bellerin, should the Spaniard leaves the Emirates.

Bellerin has been the Gunners’ first-choice right-back for the past few seasons, but Barcelona presidential candidate Joan Laporta has supposedly identified the 25-year-old defender as his priority target if he assumes office at Camp Nou. 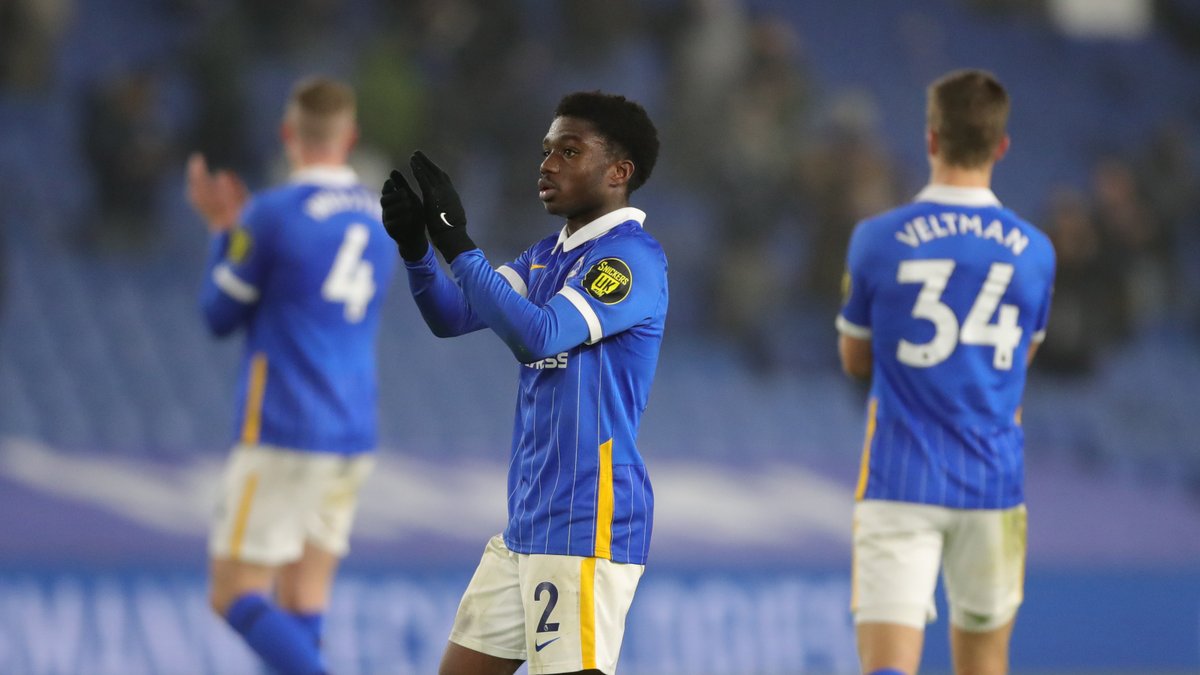 The north London outfit would be expected to move swiftly for a new right-back if Bellerin moves back to Catalonia.

According to The Mirror, Arsenal are considering an approach for Brighton’s Lamptey as an ideal replacement for Bellerin, with the England Under-21 international bursting onto the scene in the current campaign.

The 20-year-old still has two-and-a-half years left to run on his contract at The Amex, but Graham Potter reportedly wants to tie the youngster down to a new contract as a matter of urgency following his impressive displays so far this season.

Manchester City and Bayern Munich are also said to be monitoring the situation ahead of a possible bid during the mid-season transfer window.

Lamptey has scored one goal and provided three assists for the Seagulls this season.