Arsenal have reportedly outlined their intentions to move for Borussia Dortmund star Mario Gotze in this summer’s transfer window.

The 26-year-old midfielder has scored seven goals and provided seven assists in 26 Bundesliga appearances during the 2018-19 campaign. 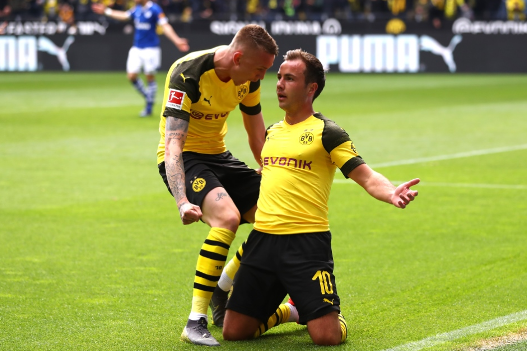 The Germany international will see his contract at the Westfalenstadion expire next June, though, and therefore he could be available for a cut-price fee in the coming transfer window.

According to The Mirror, the Gunners are keeping a close eye on Gotze’s developments, with the north London outfit prepared to meet the midfielder’s wage demands to lure him to the Emirates Stadium.

It appears that the German club are unwilling to renew the terms for the versatile attacker, who has started to look elsewhere.

Gotze returned to Signal Iduna Park in 2016 following a spell with Bayern Munich.