According to the Mirror, Arsenal are trying to raise funds to sign Hungarian midfielder Dominik Szoboszlai who has a £23million release clause.

The 20-year-old has been spectacular for RB Salzburg this campaign, smashing five goals and creating nine assists in 13 appearances in all competitions. 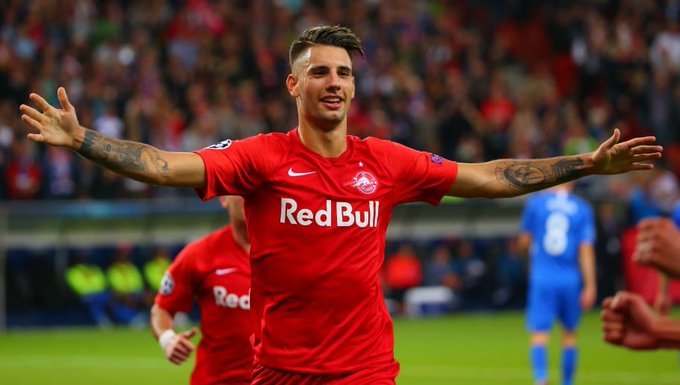 Since joining the Red Bulls from Liefering, he has clocked up 74 total appearances and scored 22 goals, helping them claim two Austrian Cups and three Austrian Football Bundesliga.

His brilliant performances have earned him admiration from many top European clubs, and now it is said that the Gunners have made him as one of their top targets in January.

As per the Mirror, Arsenal are hoping to land the highly-rated Hungary international by paying his release clause in three yearly instalments, rather than as a collective amount.

The Gunners boss Mikel Arteta made the additions of Gabriel Magalhaes, Willian and Thomas Partey in the summer to bolster his ranks. However, they failed to make a good start to the 2020-21 Premier League campaign, with the team currently placed 11th at the table following four defeats in eight matches. Arteta’s side also suffered a 3-0 thrashing at the hands of Aston Villa before the international break.