Barcelona are expected to wrap up a deal for Wolverhampton Wanderers midfielder Ruben Neves, according to Sport.

The Portugal international has enjoyed another stellar season with Wolves during the 2021-22 campaign, contributing four goals and two assists from 35 appearances in all competitions. 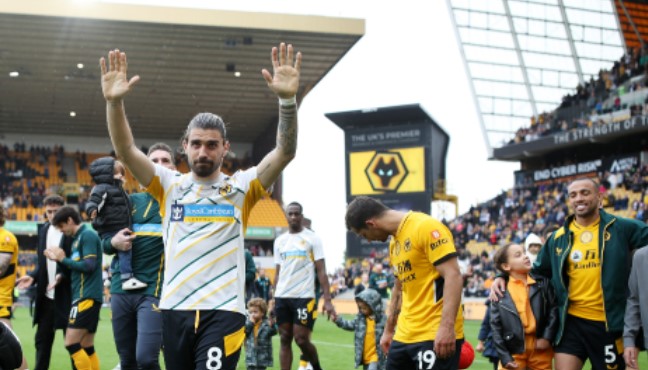 The 25-year-old only has two years left on his contract, though, and there has been a number of speculation surrounding his future over the last few months.

Arsenal and Manchester United are said to be credited with an interest in the midfielder.

However, the move to Camp Nou has grown in recent weeks, with Barca head coach Xavi said to be determined to bolster his midfield during this summer’s transfer window.

Neves’s agent Jorge Mendes is currently in negotiations with the Blaugrana over a move for his client in the summer transfer window.

Neves has represented the west Midlands outfit on 211 appearances in all competitions, banking 24 goals and 12 assists in the process.