After 11 years from championship glory, AC Milan finally got their hands on the Scudetto last season. For any bettor that decided to place a bet on the team last season, it was a massive gamble, like playing an online casino real money slot and trying to win the jackpot prize, but it eventually paid off.

However, if you follow the league, the title charge has started since Zlatan Ibrahimovic made a return to the Rossoneri. He promised to make Milan great again, and he did deliver on his promise, even though he had to play without an ACL for most of the season, showing his commitment to the team.

That act of tenacity pushed the other players to want more, and because of that, AC Milan became the Italian champions for the 19th time in their history. As a result, they are one of the most successful teams in Italy. So, with the jinx broken and the team lifting the title last season, what does next season hold? 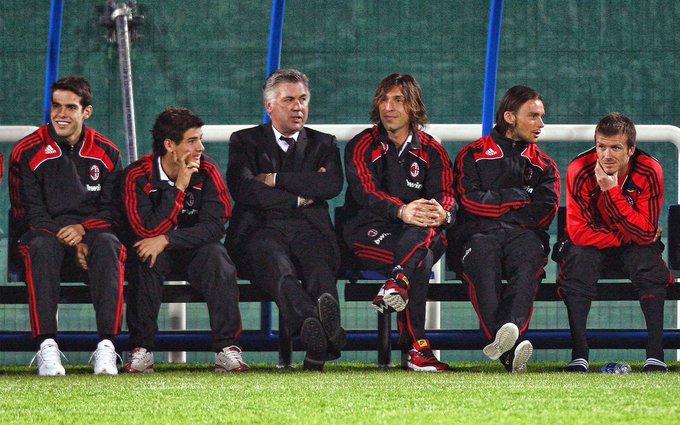 Undoubtedly, they would want to win the title back-to-back and see if they can start the Rossoneri-domination, like Juventus when they won the league for nine straight years. They would also want to get back to European glory. Therefore, we will surely see a different and much improved Milan team next season.

As a result, is it possible for the team to successfully defend their Scudetto next season? Or would they have to wait for the next title? Keep reading to discover what we think and the challenges that might prevent that from happening.

The biggest test for the team is the transfer window. They need to show that they are serious about retaining the title by finding more players that can strengthen the team. In that case, they would have to become active on the market to find players that would fit into the Coach’s plan for next season.

A few players are readily available on the market that would help improve the team. They don’t have a problem in the attack, but they might want to get one or two youngsters, given that Oliver Giroud and Zlatan Ibrahimovic are no longer in their prime years. That would help them have replacements for games that the veterans are not available.

Aside from that, they would need to get more players into the midfield, as losing Hakan has set them back as a central midfielder, even though they could still win the league. However, they might not be so lucky this season, as we could then see the lapses left in the team. So, they might want to look for talents fitting into that role.

One of their biggest tests next season would be how they would play in the Milan Derby. The goal will be to get a better head-to-head as that would give them the chance to be better on the table if the points are shared. Also, winning the derby would give them a massive boost for the season.

Therefore, we would love to see how the team would play when they faced each other in the league. We might have to start checking the calendar as we are sure both teams will be in the title race next season. Therefore, both legs of the Milan derby would be deciders for the title next season.

Juventus has been active in the transfer market this period. They’ve been looking for ways to replace the players leaving the team.

We’ve seen them lose Paulo Dybala and sign Paul Pogba to the team. Therefore, we expect more players to sign for the Old Lady, and as a result, we smell a revival in Turin.

The team would want to change its on-field play. Therefore, we expect to see a different approach with Pogba playing a vital role in this aspect. It won’t be easy for the team, but we think it is a possibility, and if they can get it right, we might see the Old Lady back in her former glory of dominating Serie A.

A rejuvenated Juventus is undoubtedly a big issue for AC Milan’s charge for the title. Therefore, we are gearing for a massive turnaround next season. It won’t be easy to predict who will win, given how Juventus are trying to make their team better than before.

The title race will be between AC Milan, Inter Milan, and Juventus, given how the three teams are trying to improve their teams. Also, we think the race will go towards the end of the season before we can see a clear winner. Therefore, we don’t believe AC Milan can retain their title, even though we would love to see them do that next season.