Following the 25th round of league action, a bottom-five comprising of Espanyol, Leganes, Mallorca, Celta Vigo and Eibar was separated by fine margins – with just five points between the first and latter teams in that group.

Celta’s presence is notable in that it betrays a lack of progress since last year, leading many to wonder whether or not ‘Oz Celestes’ have used up all of their good fortune. None of the summer reinforcements have made the required impact, with the departure of Maxi Gomez to Valencia being an additional blow, and some of the numbers surrounding their cause are certainly alarming.

Despite looking vulnerable, a recent 2-2 draw away to Real Madrid gave them a psychological boost.

Notably, Celta will go into March having only managed to win 20% of the home matches in which they were deemed favourites to win before kick-off. Ironically, they had done far better as home outsiders by the same point, winning two of three matches as underdogs on home turf.

As is the case with many relegation-threatened teams, Celta’s away form could be the main issue where survival is concerned, and this is reflected in current La Liga betting outright odds for relegation. Despite getting a hugely encouraging draw at Real Madrid on 16 February, that was still just the third occasion from the prior ten in the league that Celta had collected any points.

With a majority of the defeats across that run also seeing Celta lose by more than one goal, away form remains a burning issue in the context of survival. So too does Celta’s ability to recover from setbacks when travelling, with six defeats from the previous seven occasions they had conceded first in an away league game.

No Aspas, No A-list

Once again, Iago Aspas, who netted nine goals from his first 25 league appearances in 2019/20, is likely to save Celta single-handedly. The fact that Santi Mina’s tally of three from 22 La Liga appearances was enough to put him second in the Sky Blues’ scoring leaderboard speaks volumes.

If Aspas maintains his fitness, then Celta’s survival should once again be assured. His recent matchwinner in the aforementioned relegation six-pointer vs Leganes may yet make all the difference, and after scoring it, Aspas had personally gained six points from just four goalscoring appearances at home.

Despite his advanced age, Aspas is also notable for his ability to strike late. Both of his recent goals against Sevilla and Leganes were struck after the hour mark, as had five of his seven goals prior.

Yet, while those numbers may force opponents to sit back, and involuntarily invite pressure during the latter phase of play, they also betray a lack of punch in the initial stages. Thus, despite their involvement in the relegation dogfight last year, Celta have clearly failed to learn from the dangers of overreliance on one man. 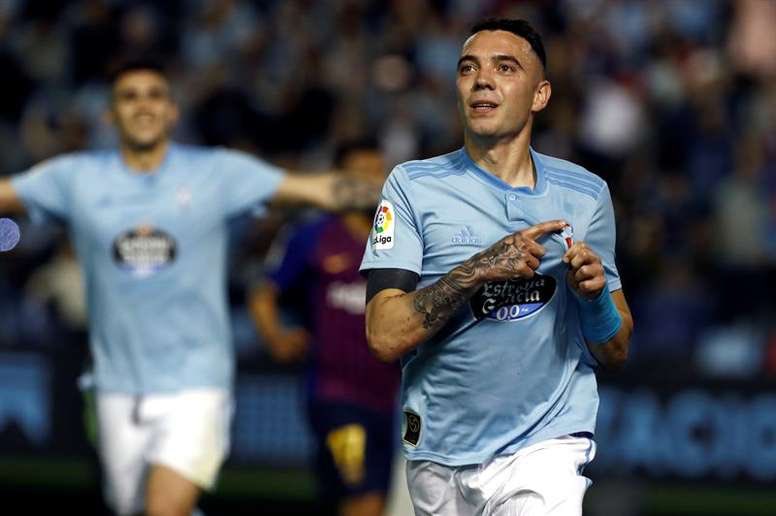 Ultimately, the La Liga relegation fight is going to keep everyone guessing as much as the title race. Where Celta are concerned, a trip to Valladolid on 21 March is the first of three crunch fixtures against fellow relegation candidates. Mallorca, who ended the final full weekend of February in the relegation zone – but just two points behind Celta – entertain the Sky Blues on 25 April.

A trip to Espanyol awaits Celta on the final day, but with Espanyol currently bottom and losing ground on those above them, the potential complexion of that fixture could fluctuate drastically over the coming weeks.