Chelsea are reportedly ready to lock horns with London rivals Arsenal for the services of Feyenoord starlet Orkun Kokcu.

The 19-year-old midfielder enjoyed a breakthrough season in the Eredivise before it was declared null and void amid the COVID-19 pandemic, contributing two goals and four assists in 22 league matches. 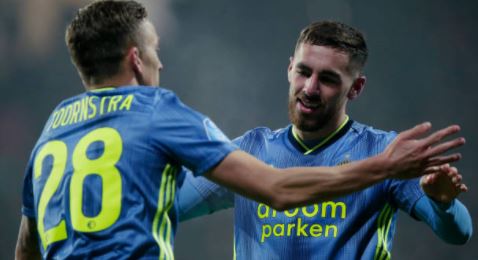 However, the Turkey Under-21 international has allegedly expressed his desire to leave the Dutch outfit, and Arsenal have reportedly made contact with the teenager’s entourage regarding a potential move.

However, according to Voetbal International’s Martijn Krabbendam, Chelsea are also said to be keen on the player’s signature.

The report adds that Roma, Atalanta BC, Real Betis and Sevilla are also said to be monitoring the situation ahead of a possible bid during the summer.

The Turkish youngster has a deal at Feyenoord until 2023.