Stuttgart’s Sasa Kalajdzic has reportedly emerged as a transfer target for Chelsea. 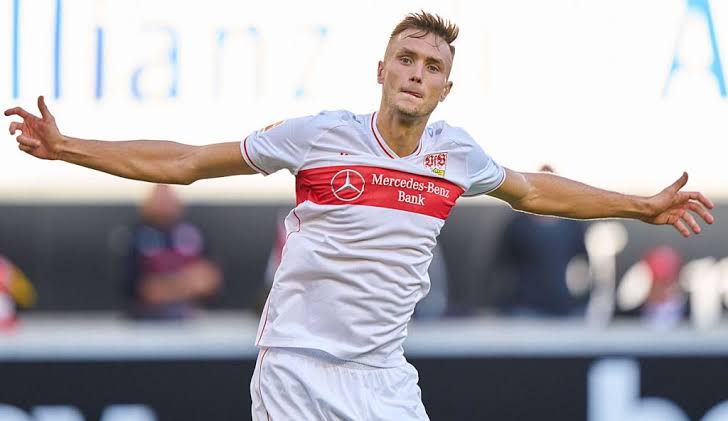 Borussia Dortmund and Tottenham Hotspur have both been credited with an interest in the Austria international, but according to The Athletic, Chelsea are eyeing a swoop for the Stuttgart man.

Dortmund’s Erling Braut Haaland is still said to be the Blues’ number one target, but the 21-year-old has hinted that he remain at the Westfalenstadion for the 2021-22 season.

Kalajdzic is contracted to Stuttgart until the end of the 2022-23 season.