Everton have confirmed the signing of Barcelona midfielder Andre Gomes on a five-year deal.

The Portugal international joins the Toffees for a £22m fee following an impressive loan spell at Goodison Park last season. 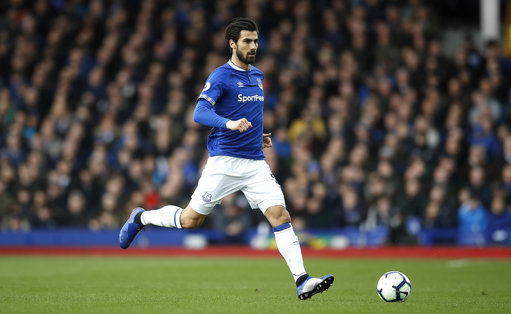 The 25-year-old told evertontv: “I’m really happy to sign the contract with Everton – it wasn’t hard to decide, it was an easy decision and I’m very happy to have made it.

“I know the club made a massive effort to sign me and I’m very happy and thankful to them. I said during the year that I felt part of a family and that is the most important thing to me.

“Last year was a really good experience for me. I just wanted to feel part of something special and I found it here. It was good for me in that moment and right now, after signing for Everton, it’s even better.”

✍️ | We are delighted to confirm the permanent signing of @aftgomes on a five-year deal from @FCBarcelona.

Gomes moved to the Nou Camp from Valencia in 2016 and has since gone on to make 72 appearances, half of which were as a substitute.