Emiliano Martinez has joined Aston Villa from Arsenal in a deal worth around £20m.

The Argentine gave a superb performance for the Gunners towards the end of the 2019-20 campaign. Following an injury to the number one goalkeeper Bernd Leno, the 28-year-old stepped in and gave a number of impressive performances that helped the London side win their 14th FA Cup. 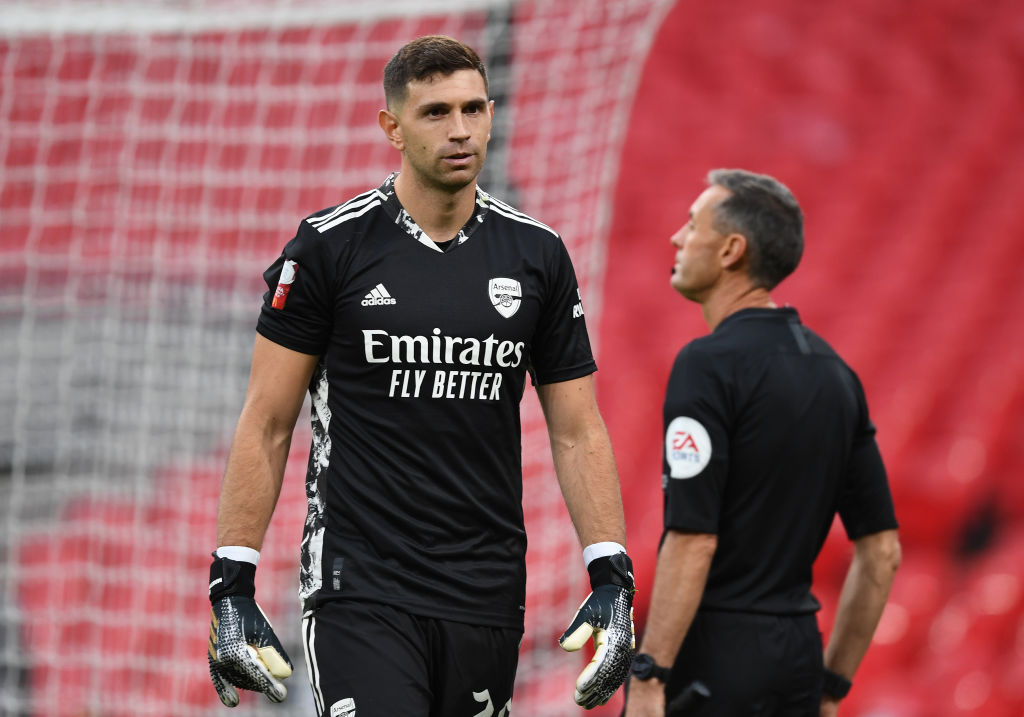 But now with Leno recovered again, Emiliano has been regarded surplus to requirements by the club, as the Lions beat Brighton to the signature of the keeper.

English boss Dean Smith will get a boost from this switch. He said to the club’s website, “We are really pleased with the signing of our new goalkeeper Emiliano Martinez.

“We know how highly Arsenal rated him and we watched his outstanding performances last season in a trophy-winning top side.

“We moved for Emi when we saw the opportunity, as it is rare to be able to buy a top-class goalkeeper who hasn’t yet reached their peak age and who can therefore be a key player for our Club for the long term.”

Villa have already signed Ollie Watkins from Brentford and Matty Cash from Nottingham Forest this window and now they have made another exciting signing to help them survive in the top-flight this season.

Martinez started his career at Argentine side Atlético Independiente before joining the youth ranks of the Gunners in 2010. He clocked up 38 appearances in all competitions for the senior team but only 15 of those appearances came in the Premier League.

The 28-year-old took to Instagram to say his goodbyes to the Emirates Stadium where he stayed over ten years, although he mostly remained either out on loan or was employed as a back-up option.

The report further claims that Mike Arteta’s side are considering a move for Brentford player David Raya.