Everton have reportedly outlined their intentions to move for Arsenal’s out-of-favour winger Nicolas Pepe this summer, according to journalist Pete O’Rourke.

Pepe has largely struggled to make his mark in North London since his move from Lille back in 2019. 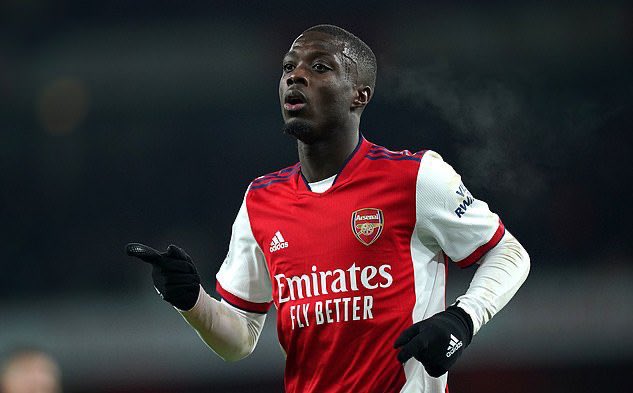 Arsenal boss Mikel Arteta sparingly used the Ivorian during the 2021-22 campaign, to just five top flight starts due to the form of the likes of Emile Smith Rowe, Bukayo Saka and Gabriel Martinelli.

However, with his career having stalled, the 27-year-old could be offered a lifeline by the Toffees boss Frank Lampard, according to the journalist O’Rourke.

Speaking to GiveMeSport, O’Rourke said: “They may get a real bargain now, whether it’s on loan or not, but I think Everton are in the market for attacking reinforcements.

“They need to replace Richarlison and if Nicolas Pepe is available on loan then it’s something Frank Lampard might look at.”

The Merseyside outfit have failed to replace Richarlison, who joined Tottenham Hotspur this summer for a fee of around £60m.