Everton have reportedly entered pole position in the race to complete a deal for Wigan Athletic starlet Joe Gelhardt.

The 17-year-old forward has impressed with the Latics this term, scored his first goal in 15 Championship appearances. 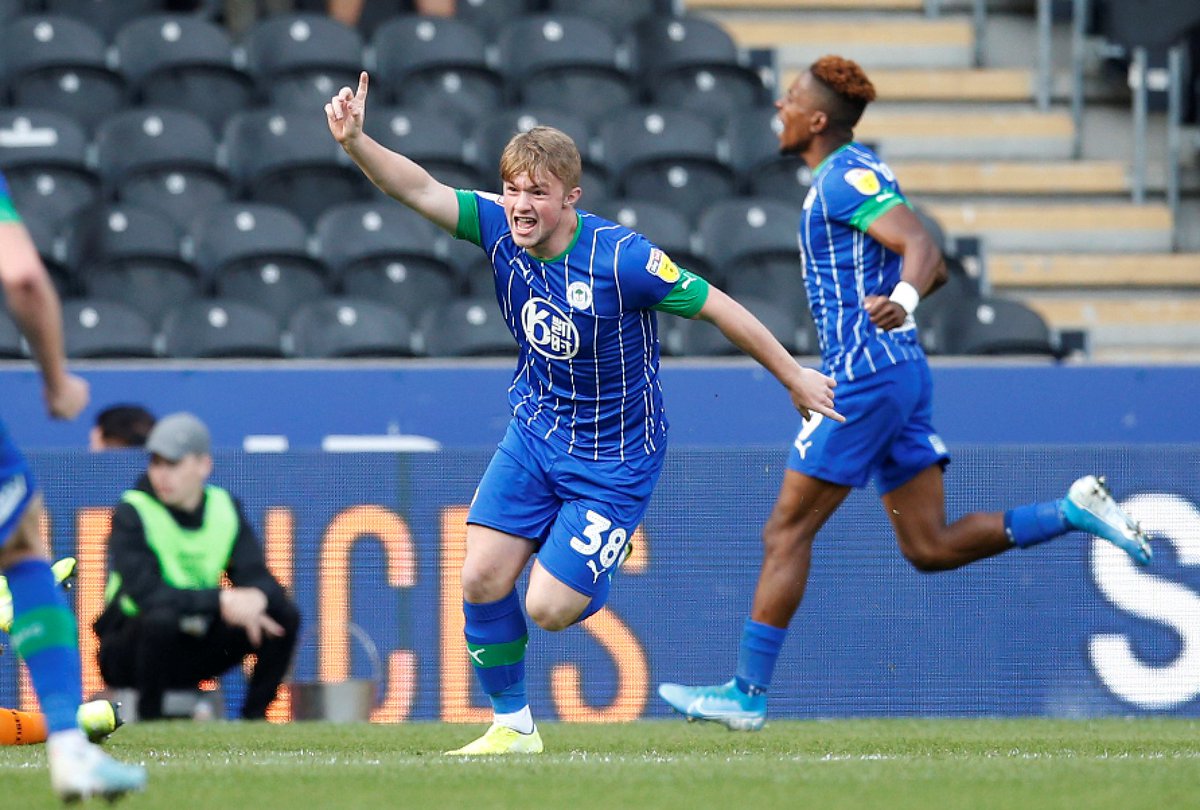 The teenager only signed a new deal at the DW Stadium last August, but Liverpool and Manchester United are both believed to be interested in signing the prospect ahead of the 2020-21 campaign.

According to Football Insider, Everton have prepared to up their efforts to secure a deal for the Liverpool-born forward and are hopeful of beating a number of clubs to his signature during the summer transfer window.

The English teenager will see his contract at the DW Stadium expire at the end of next season.