The Frenchman is on his way back to the Wanda.

French international and world cup winner Antoine Griezmann signed for Barcelona in 2019 for a record €120 million for five years It also included an €800 million (£717 million) buyout fee, which was higher than Messi’s release clause at the time (€700 million). He was signed by former president Josep Maria Bartomeu as a statement signing after the Liverpool debacle and also to make Messi stay, or was it. He was linked to the club in the summer of 2018 as well, but through a documentary from Gerrad Pique’s company, told the fans that he’ll stay in Madrid. 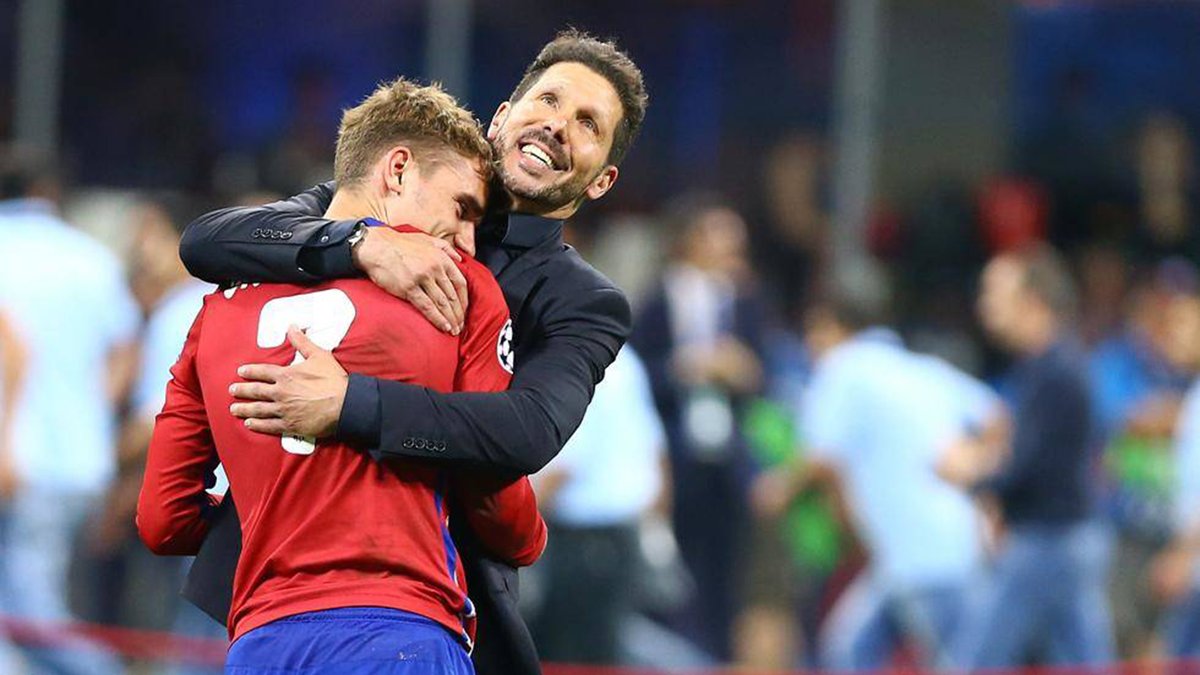 There was also news last summer when Messi wanted to leave the club that Greizmann was his ‘replacement’ of sorts. The signing of the French striker has proven to be more of a disaster than a valuable addition to the squad as he has not been able to establish himself as someone who can be trusted in attack. With his chances missed, and off the ball controversies, it has not been the best of two years for both parties. But the question is, is the criticism fair?

A NEW STYLE OF PLAY

Griezmann has played in Atlético de Madrid under Diego Simione, who plays with a two striker system, like a 4-4-2 or a 4-4-1-1 formation, similar to what Didier Deschamps used to play previously with Giroud alongside him. He plays off another number 9, which is his best position, and where he is most effective.

In Barcelona however, like a lot of great players suffer due to the style of play, he was no different. Griezmann was introduced to a 4-3-3 formation, where he played on the left wing to start with, alongside Messi and Luis Suarez. He was completely out of position for the first half of the season, and the emergence of Ansu Fati made it even more difficult for him to play. Manager Ernesto Valverde had his critics and it was his fault not playing him as a number 9. He played a total of 3 games in the league in his first season, and scored 9 goals with 4 assists, pretty underwhelming numbers.

The former Atleti man did play as a striker under Koeman, but still could not gain the trust of the fans, as he could not meet expectations. Until the second half of the season, he was somewhat non-existent, but the latter half was better. He scored 13, and assisted 7 in the 36 league games he played.

Antoine Griezmann has scored 20+ goals across every competition in every season he has been at Atlético Madrid:

A hard but not impossible transfer. pic.twitter.com/6Rv6fppnMO

SENDING A MESSAGE INDIRECTLY TO THE MANAGER(S)

During the international break in October 2020, France manager Deschamps spoke to the media about Griezmann being unhappy at the club, he said:

“I’m talking to him and I’ll see him later. I am sure he is not happy with this situation,” Deschamps told a news conference on Monday. I don’t interfere with the use of my players in other clubs, be it at Barca or anyone else. Antoine is playing on the right there at the moment.

“It’s true that Koeman said, and told him, that he did not understand that he was used to playing in a more central position. But Antoine must also adapt. For me, he is still more effective when he is in the heart of the game, when he is able to touch the ball a lot. In that position, he has the possibility to come and help in the midfield too.

“He doesn’t have the ability to take the ball and beat opponents on the wing like others. He needs to touch the ball a lot and he is smart in his movement. We must do what’s best, taking into account the different situations at Barca, the system and the players. Antoine never complains, but to give his full potential it’s always better when a player is in his best position.”

When asked in the media, Barcelona manager Ronald Koeman said the following:

“Everyone has the right to say whatever he wants,” Koeman said. “I spoke to Antoine yesterday because I wanted to, not because of what he said. I told him I want the best for the team and I know he can play on the right side and other positions. It’s up to each player to find his own best performance.

“He is already doing all he can do: he works hard, has excellent discipline and now he must be luckier with his final touch. Against Sevilla there were a couple of times in which he could have done better.

“Regarding his positioning, I remember when I was Netherlands coach, we played against France and he was playing on the right side. It’s the coach who makes the orders.” Koeman added that he has not taken the situation personally. I don’t have any problems with Antoine, I only look for the best for the team and the club,” he said. “My job is to bring out the best performance of each player but I can only pick 11.

“I won’t ask a player to play a role far from what he is used to, and I’m not doing it with Griezmann because he can play on the right. I understand that maybe there are positions he prefers, but we can’t play with two players in the role of the 10.”

This is clearly not the way a player should send messages to the manager. During the Setien era also, he used his father to speak about his lack of game time. Koeman said that a player having any kind of problem should come directly to the manager to discuss. Griezmann has not helped his case 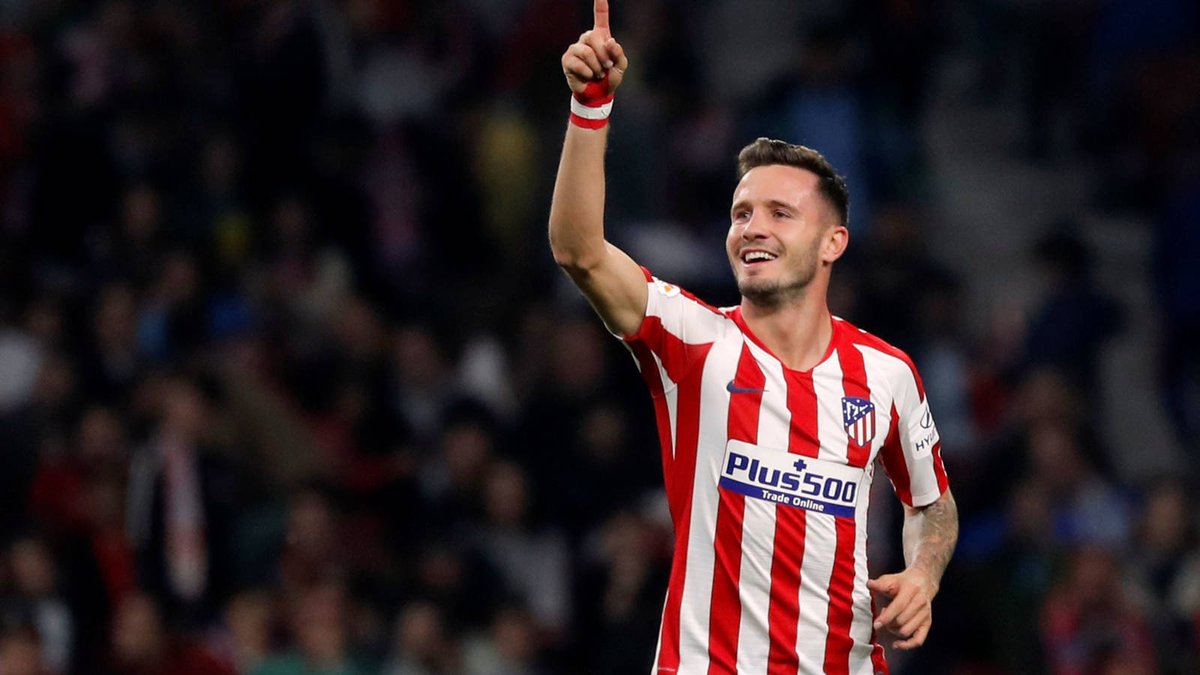 OFF THE BALL ISSUES

A video from 2019 came out where Antoine Greizmann and Ousmane Dembele anti-Asian remarks on a trip to Japan. It shows the two players mocking two Japanese technicians as they try to fix a television set in the hotel room. As a result of this, video game maker Konami has decided to terminate its contract with Griezmann.

The company said in a statement: ‘Konami Digital Entertainment feels, as is the philosophy of sports, that discrimination of any nature is unacceptable.

‘We announced that Antoine Griezmann was becoming our Yu-Gi-Oh! content ambassador, but in light of recent events, we have decided to cancel the contract. In terms of our eFootball PES franchise, we ask that FC Barcelona, as a partner club, explains the details of this matter and its intended future actions.’

Konami have ended their sponsorship with Griezmann following the leaked video with Dembélé. The Frenchman was recently announced as the “Yu-Gi-Oh” content ambassador. Now, the Japanese company – club partner – is waiting for some explanations from the club. Barcelona and Konami became partners in 2016, with the La Liga side exclusively appearing in Konami’s Pro Evolution Soccer video game series. The club’s headline sponsor Rakuten has also asked the club for an explanation on this matter.

Hiroshi Mikitani, the chief executive of the Japanese ecommerce giant, said: “Since Rakuten has endorsed Barça’s philosophy and sponsored the club, such statements are unacceptable under any circumstances.”

This kind of behavior is of course not at all acceptable by any athlete belonging to any part of the world. Dembele and Griezmann both issued public apologies on social media, but a lot of damage has been done on so many levels.

UNCERTAIN FUTURE AT THE CLUB

The 30-year-old is currently training with Barcelona as the swap deal with Saul is off the table due to the complexity of the operation. The club continuously looks for a solution, as they do not see him as a part of the first team with Aguero and Memphis already signed. Moreover, they want to lighten the wage bill as well. He might have to take a pay cut to join any other club. There were talks of him being offered to Premier League sides, but the player does not fancy a move to England.

In conclusion, Antoine Greizmann is a good player but just not suited for Barcelona’s style of play. The off-the-ball issues, and the argument with the managers however, just add to the fire, and it’s a win-win for both parties that he’s leaving.