Liverpool and Manchester United will reportedly go head to head for RB Leipzig defender Dayot Upamecano, according to Bild, as quoted by Metro.

The Premier League duo are keeping tabs on the centre-back despite the summer transfer window already shut down.

Upamecano’s £54m contract release clause expired this summer before the 21-year-old defender opted to extend his stay at Die Roten Bullen until 2023. 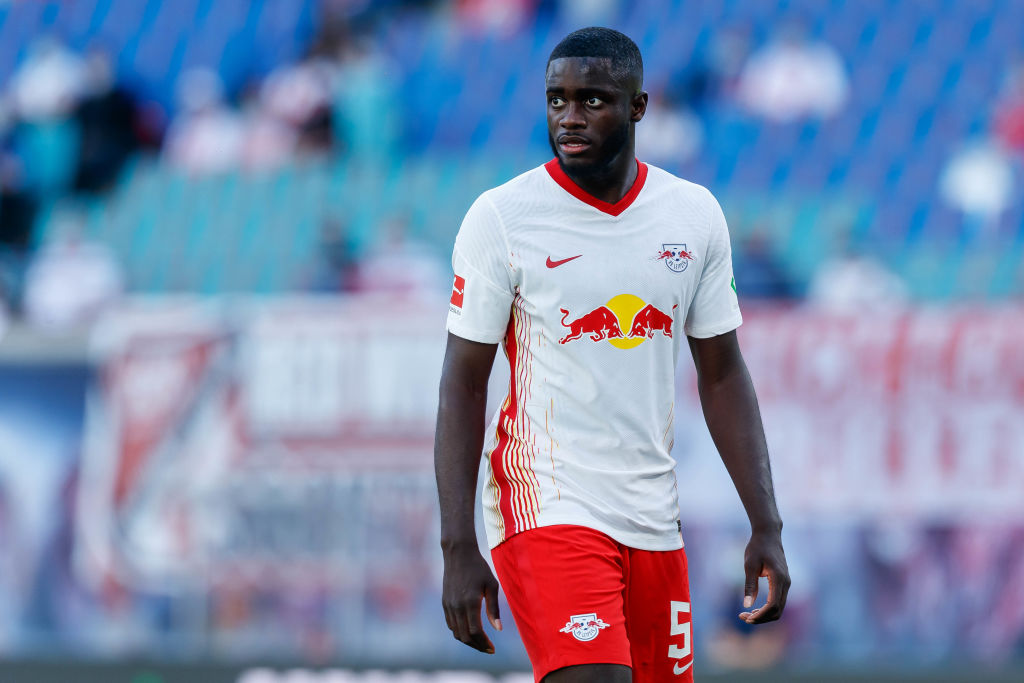 The Frenchman’s new deal has a release clause, which is set to become active at the end of the 2020-21 Bundesliga season, that Liverpool and Man United could activate for £36.5m.

Upamecano has netted three goals in 116 appearances in all competitions over the past three-and-a-half seasons since his move to RB Leipzig from Red Bull Salzburg in 2017.