Liverpool are weighing up a summer move for former Manchester United winger Memphis Depay, according to French media outlet L’Equipe, as quoted by the Daily Mail.

The Reds are considering a potential move to sign Lyon star Memphis Depay of the summer transfer window. 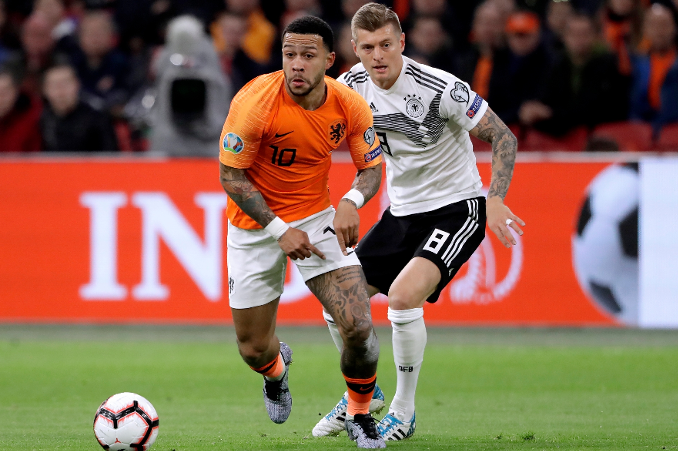 The Netherlands international is ready to leave the French outfit following two seasons at Les Gones.

The report adds, Depay feels ready to prove himself in the English Premier League following his torrid spell at Old Trafford.

Liverpool would have to splash somewhere around £26m to lure the 25-year-old winger from the Ligue 1 side at the end of the season.

The Merseyside giants are lining up Depay as a potential replacement for Sadio Mane, who is likely to join Real Madrid.

Depay has scored 30 goals in 80 Ligue 1 appearances since his move to Les Gones.