Manchester City have reportedly taken the lead in the race to sign Gremio forward Everton Soares.

City boss Pep Guardiola is well stocked with options in the attacking field, and Sergio Aguero and Gabriel Jesus are both currently at the Spaniard’s disposal in front.

Widely respected online bookmakers are rife with not only the latest football transfer news, but also offers Sports betting on how teams are currently faring, another great indicator of where aid is needed the most. Bookies are going with recent signings and have made Manchester City slight favourites to win Premier League next season. 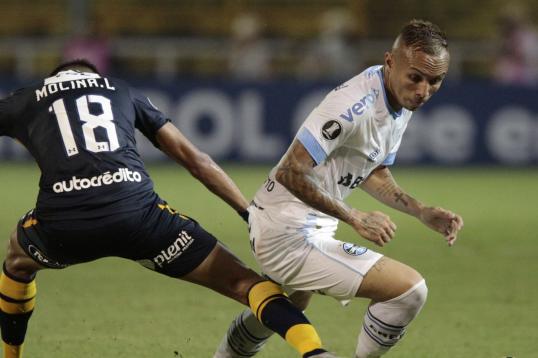 However, according to The Sun, the Premier League champions are keen to reach an agreement with the Brazilian outfit Gremio as they look to secure the signature of Everton, who still has three years remaining on his existing contract.

The report adds that the 23-year-old forward possesses a release clause of £90million, but Gremio may be willing to do business for half of that amount.

The Brazil international has earned four caps for his nation.