Manchester United are reportedly ready to lock horns with Premier League rivals Chelsea for the signing of Borussia Dortmund attacker Jadon Sancho, according to The Evening Standard.

The 19-year-old has been in sensational form for BVB this term, contributing 24 goals in 18 Bundesliga appearances. 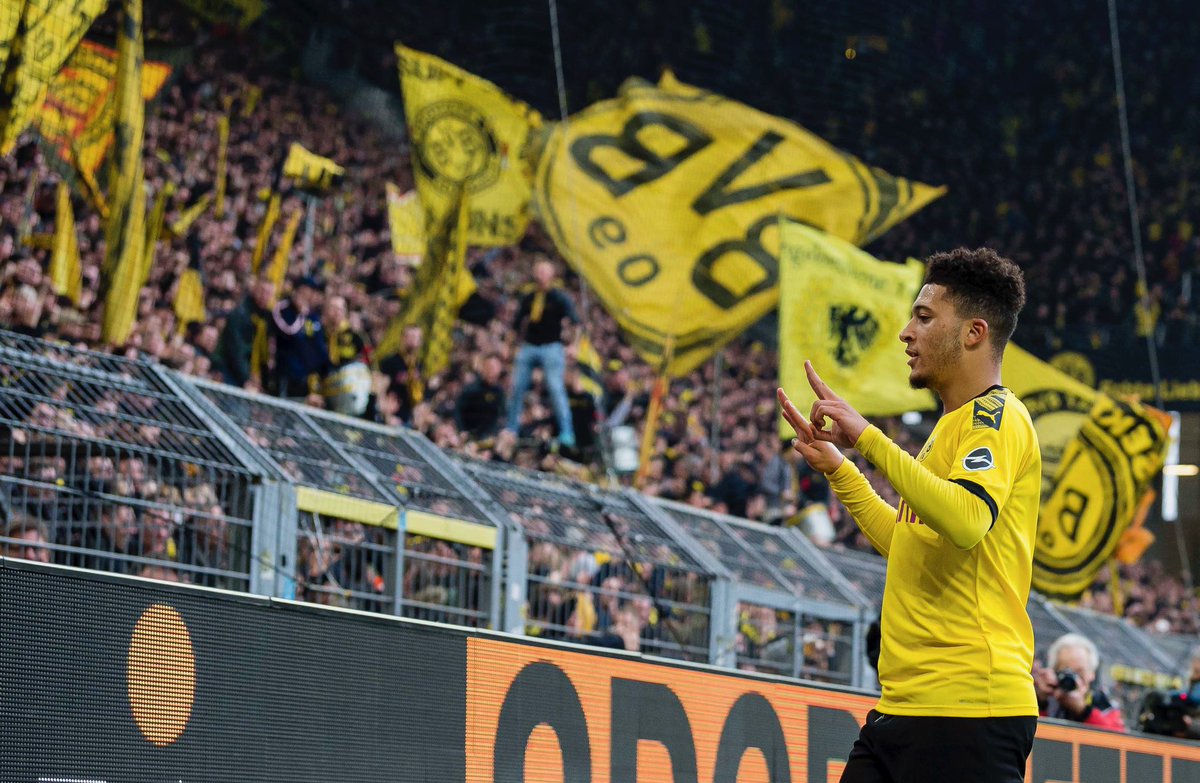 Chelsea are rumoured to have lined up a nine-figure deal for the England international during the latter stages of January but were unable to get a deal over the line.

However, the aforementioned report suggests that the Blues now face fierce competition for the highly-rated teenager as the Red Devils are also weighing up a huge bid in this summer’s transfer window.

United signed Bruno Fernandes from Sporting Lisbon earlier this week, but the report suggests that manager Ole Gunnar Solskjaer has been given the green signal to chase Dortmund ace Sancho.

Sancho’ contract at Dortmund runs out in 2022.

Paris Saint-Germain are lining up a summer swoop Read more...