Real Madrid are reportedly ready to lock horns with Liverpool over the signature of Leeds United midfielder Kalvin Phillips.

The England international has been a standout performer for club and country, and his performances have not gone unnoticed by other teams across the continent. 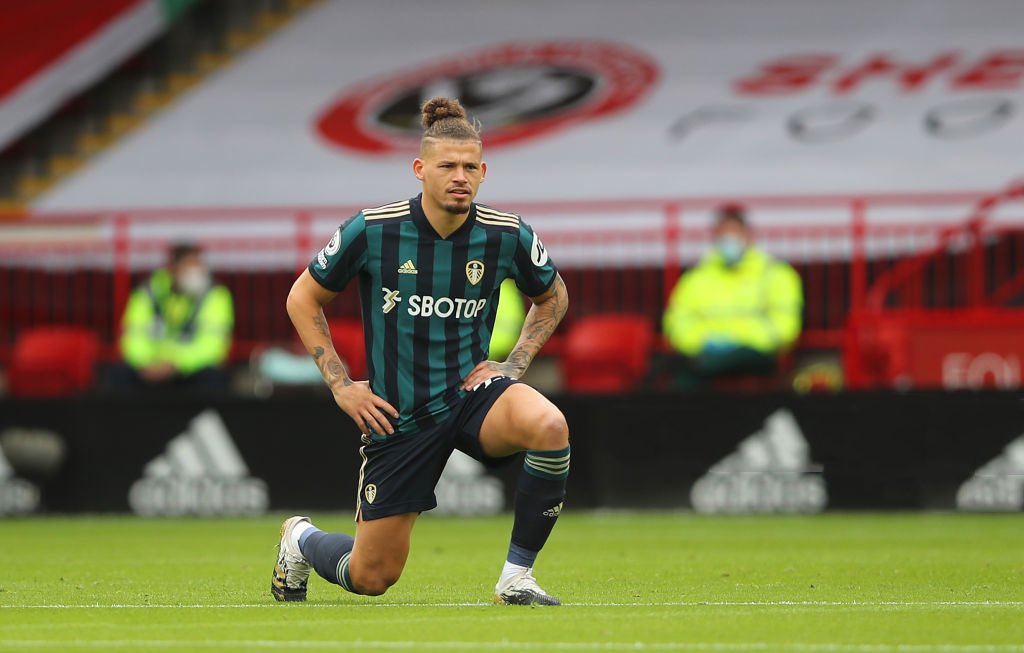 Liverpool are believed to be huge admirers of the 26-year-old midfielder, with one report claiming that they are prepared to offer £33.4m in the summer.

However, El Nacional reports that Real Madrid have emerged as rumoured suitors for the Yorkshireman, who is currently sidelined with a hamstring injury.

The report goes on to claim that Madrid head coach Carlo Ancelotti has made it clear to the club’s hierarchy that he wants to sign Phillips as a replacement for Casemiro, who is struggling with his form this term.

Phillips has two-and-a-half years left to run on his contract at Elland Road.

The midfielder has made a total of 226 appearances for Leeds United across all competitions, contributing 14 goals and 13 assists.