Arsenal are hopeful of signing Declan Rice from West Ham United after making the midfielder their primary target for the upcoming window.

The England international only has 18 months left to run on his contract and has allegedly rejected as many as three offers of an extension from the Hammers. 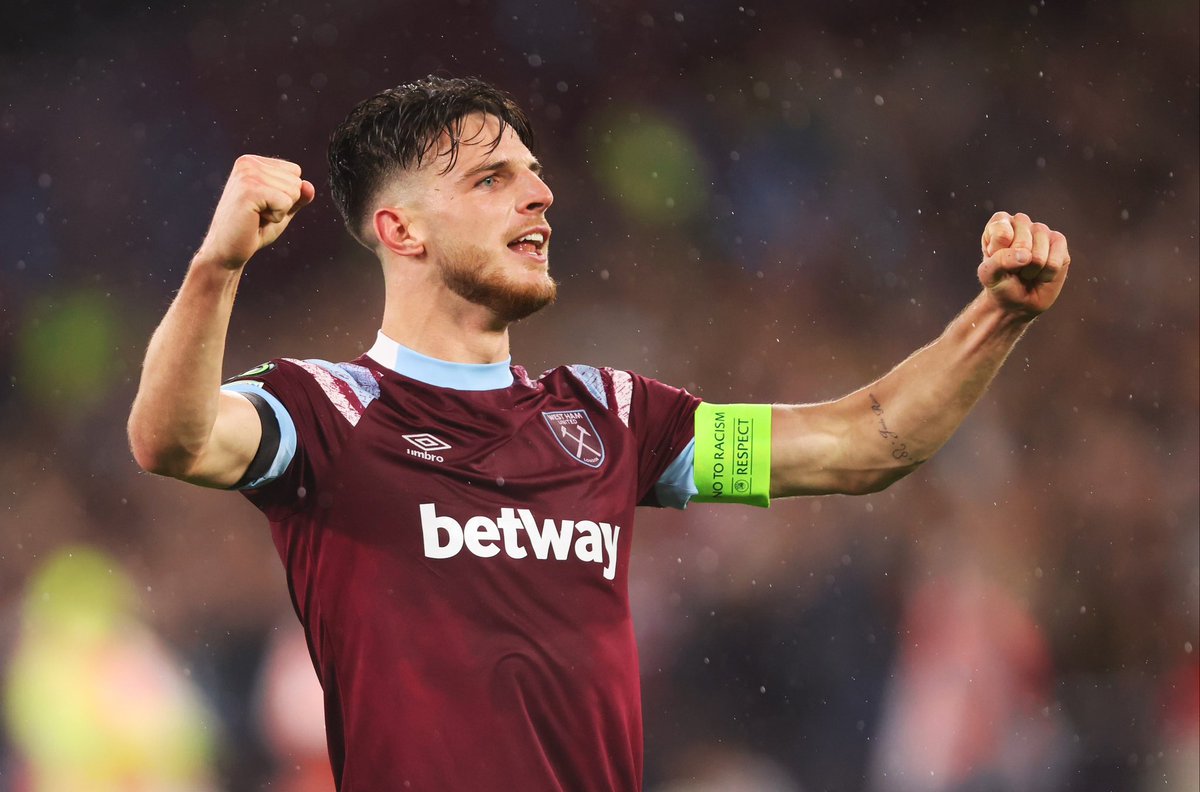 West Ham United head coach David Moyes has publicly insisted that Rice is not for sale, but the Hammers will soon have to relent on their £100m valuation due to the midfielder’s contract situation.

According to The Athletic, the 24-year-old has now become the Gunners’ top summer target, and the Premier League leaders are increasingly optimistic about their chances of completing a deal.

The East London outfit have reportedly still put an £80m price tag on the Englishman, who has played every minute of Premier League football so far and contributing one goal and two assists.

Rice has scored 11 goals and registered 13 assists in 220 appearances for West Ham in all competitions since his debut in 2017.