Leicester City have reportedly expressed their interest in signing Chelsea striker Tammy Abraham, according to The Sun.

The England youth international, who is currently on loan with Bristol City, has scored 24 goals this season, including a stunning performance in Saturday’ 3-1 Championship win over Wolverhampton Wanderers. 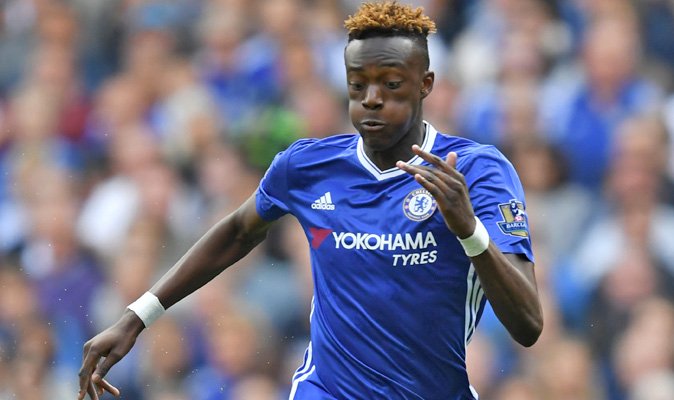 The report claims, the Foxes manager Craig Shakespeare keen on an extra forward to his squad ahead of next season and is open to either buying 19-year-old Abraham, with a bid of £15 million, or acquiring him on loan.

The report also adds that Shakespeare, 53, sent his friend and associate David Flitcroft to keep an eye on the highly-rated youngster last week.

Abraham has been tipped to feature in the Blues’ first-team squad next season, with the Italian tactician Antonio Conte describing him as “the future” for Chelsea.