Former England international Peter Crouch has conceded that he has been left ‘puzzled’ by Manchester United’s transfer policy this window.

United have only brought in one player this summer, with Donny van de Beek joining the Old Trafford side from Ajax in a deal worth £40 million.

The Netherlands international has made a good start in the Premier League, scoring a goal against Crystal Palace in the first league match when he was featured as a substitute by Ole Gunnar Solskjaer. 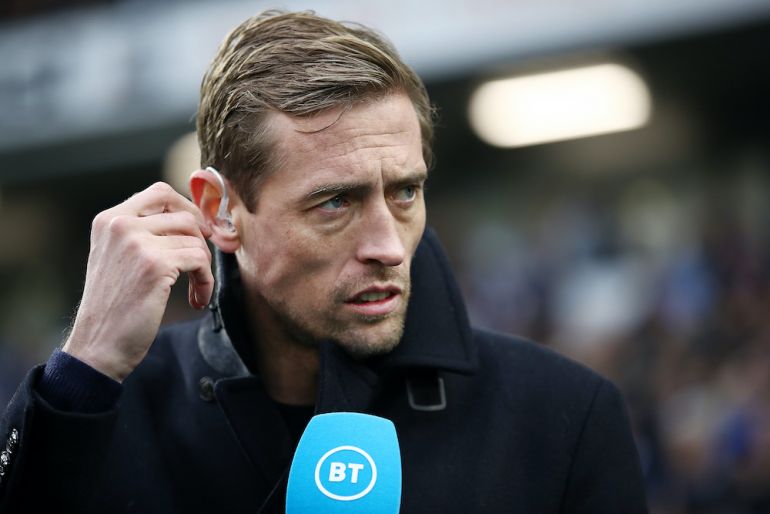 However, Crouch has said that he is baffled by the club’s decision to sign the 23-year-old Dutch when other departments of the team require more urgent attention.

“I held a lot of hope for them in the summer but, once again, the way they have negotiated the transfer market has left me puzzled,” He told the Daily Mail.

“They seem to buy good players, such as Donny van de Beek, but they don’t appear to have a method. If you’ve got Paul Pogba and Bruno Fernandes, why do you want Van de Beek?

“Why did they not go for an ahead, comparable to Raul Jimenez from Wolves? The defence wants strengthening, so why are they concentrating on Jadon Sancho relatively than an accomplice for Harry Maguire?”

Solskjaer led his team to a third-place finish at the Premier League table last season, but improvements were expected at Old Trafford in the new campaign.

The Red Devils were thrashed in the opening match by Roy Hodgson’s Palace 3-1, with Wilfried Zaha earning a brace and Andros Townsend also getting on the scoresheet.

Although they were much improved in the EFL Cup match where they condemned Luton Town to a 3-0 defeat, thanks to goals from Juan Mata, Marcus Rashford and Mason Greenwood.