Liverpool are reportedly weighing up a move for out-of-favour Barcelona winger Arda Turan in January.

The Turkish playmaker joined the La Liga champions from Spanish rivals Atletico Madrid in 2015, but has failed to make an impact for a regular place in Luis Enrique’s side. 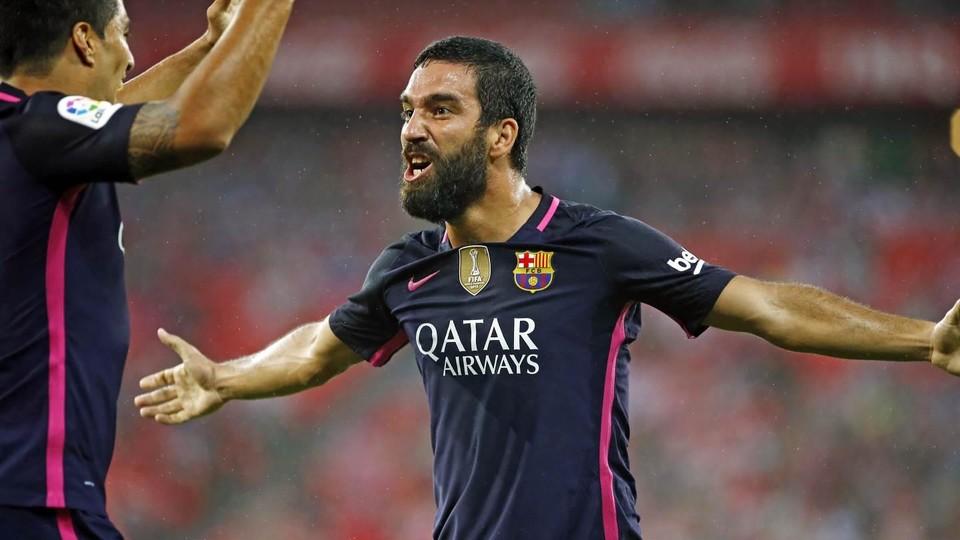 According to Goal, the 29-year-old could be on the move in this new year, with the Merseyside outfit is a possible destination for the midfielder as manager Jurgen Klopp looks to bolster his squad for their Premier League title challenge.

Turan began the season as a regular for the Catalans as he scored twice in a Spanish Super Cup second leg win over Sevilla then he scored the club’s first goal in a 6-2 thrashing of Real Betis.